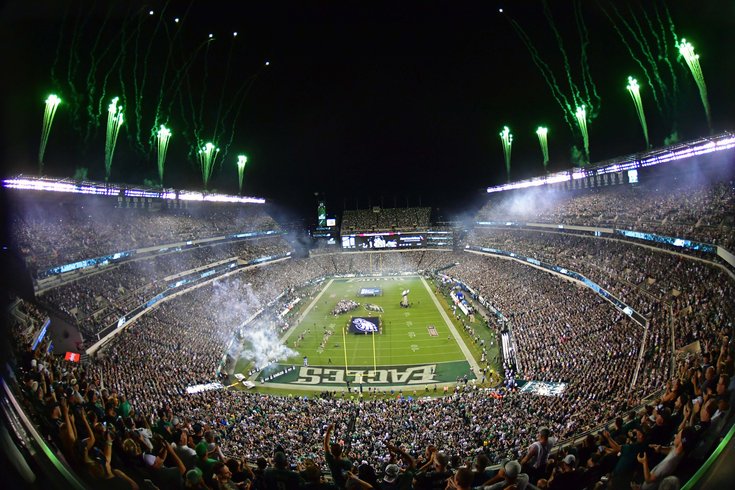 In our Eagles chat this week, there were a lot of questions that we could not get to in time or other questions we did answer but could use more color. And so, let's do a mailbag post to answer some of the overflow. To note, if you're looking for any serious Eagles questions here, my apologies, but I have some (what I hope) America (will become again) to celebrate, so let's just keep it light, and get to eating and drinking.

Question from Kephas: If the “classic (NFC East team) fan” were to play a position in the NFL, which would it be for each team?

Cowboys: They’re delusional about how good they are, and don’t let recent, numerous failures get them down for too long. They also have resorted to celebrating modest accomplishments, like, saaaayyy, sweeping a division rival ravaged by injuries, for example. Those are qualities I like in my cornerbacks.

Washington: They have just kind of come to know what their team is, under its awful ownership. As a result, they are no longer fully invested, and it shows when opposing fans overrun their stadium. (Not that I blame them in any way.) I don’t need my punter to be super-invested, so they can be that.

Giants: I think the perception of Giants fans nationally is that they’re tough, because that’s how New Yorkers in general are viewed? I couldn’t disagree more with that perception, based on the reactions to my dumpster fire posts over the last few years. Giants fans, by far, have been the softest in their reception of those. A better way of describing them would be to say that they’re temperamental, which isn’t the same thing as being tough. Anyway, their whiny tantrums remind me of wide receivers, which is ironic, since they turned on one of their ilk in Odell Beckham.

Question from Jackie Aprile: Do you think Starships "We Built this city" is the worst song of all time?

I don't. In fact, it's catchy enough to belt out ironically, while not also having the power to annoyingly stick in your head for an extended period of time. So that song doesn't irk me like others do.

I think that my most hated song ever is "We Didn't Start the Fire" by Billy Joel.

I was in like 7th or 8th grade when that thing came out, and I remember my teacher loved it, and feebly tried to use it as a tool to get her students all fired up about history. We even took a break from the actual curriculum to learn about all the things mentioned in the song. She printed out lyrics and handed them out, and played that dipshit song like 10 times per day for a week. We had assignments on it, both in class, and for homework. If I recall, we even had group assignments on it.

I hated that song then, I hate it now, and I'll hate it long after I'm dead.

It’ll mostly stop when the season begins and they start actually playing games. I don’t think people will go so far as to say, “Hey the Eagles look great, and I think they’ll continue to look great as long as Wentz stays healthy.”

As for the offseason, I think "If Wentz stays healthy" mentions decrease by 50 percent each season he stays healthy. If someone can show that in an algebra equation, that would be appreciated.

UPDATE: The great "Isaac, the Third King of Nerds" obliged rather quickly:

Being the physics major that I am, I actually got to thinking and I added in a 10% increase per game missed. pic.twitter.com/YNUiL9AVD3

Question from Ben: Is there any holiday better than 4th of July? There's summer weather, most people get off from work, and it's expected that you eat and drink all day. There are no holes.

OK, so while I agree with your positives, this is maybe going to be a hot take here, but I hate the fireworks. They scare the bejesus out of my dog, and I wind up spending all night comforting him instead of just enjoying myself.

I do understand why others do like them, and certainly don't begrudge them firing off some M-80's to celebrate 'Murica, on July 4th. It's the jackasses that set off fireworks on July 3rd and July 5th that are super annoying.