Should the Eagles have interest in any players in the 2019 NFL Supplemental Draft? 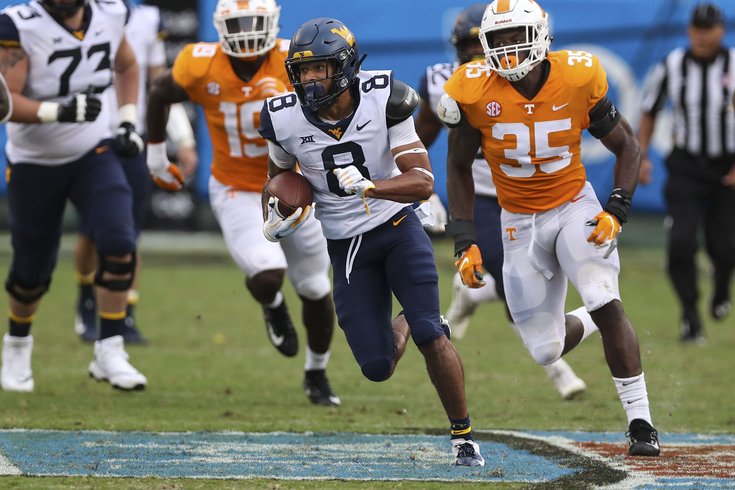 No, probably not. That's the short answer, and thanks for clicking.

The NFL Supplemental Draft occurs around this time every year for players whose circumstances changed their college football eligibility since the main NFL Draft. For example, in 2012, a notable player taken in the supplemental draft was WR Josh Gordon, who failed a drug test at Baylor and was dismissed from the team. The Eagles found perhaps the best supplemental draft pick of all-time in 1987, when they nabbed Cris Carter in the 4th round.

Anyway, there are currently four players entering this year's supplemental draft, at least one of whom the Eagles watched work out:

• Jalen Thompson, S, Washington State: If the Eagles were to have interest in a player in the 2019 supplemental draft, it would probably be Thompson, as the Birds don't have much in the way of young safeties in the pipeline. Additionally, Jim Schwartz likes his safeties to have corner experience in their background, and Thompson has that, having played his share of nickel corner at WSU. A highlight reel:

Thompson would likely be a deep safety in the Rodney McLeod role for the Eagles in Schwartz's scheme. He seems to have good speed and range, but is undersized and clearly a drag-down tackler.

Still, without a lot of room on the roster, the Eagles would likely rather just keep all of their 2020 draft picks. Not to mention, they'd be way down on the priority order if multiple teams put in bids on him, seeing as they made the playoffs last year.

His college career followed a similar trajectory of 2017 Eagles fifth-round pick Shelton Gibson, in that he didn't play much as a freshman, but then became something of a deep threat as a sophomore and junior. Here were Gibson's stats at West Virginia.

In other words, Simms could be viewed as something of a poor man's Gibson, but with off-field baggage. Woot!

The Eagles were one of 16 teams with representation at Simms' workout, which occurred in Maryland, per Pauline's report. That's a short drive for a scout, so why not send one? If he goes undrafted, I could see the Eagles trying to bring him in to camp to replace a player on the 90-man roster with no upside and zero chance of making the team.

• Devonaire Clarington, TE, Northland Community College: Coming out of high school (he apparently attended three high schools), Clarington was a four-star recruit (ninth TE in the nation) with 24 offers, per Rivals.com. He committed to Texas, but after academic issues stunted his football career there, he landed at Blinn Junior College, before moving on to Northland Community College in Minnesota, according to PFT. Again, nobody is using a pick on this guy.