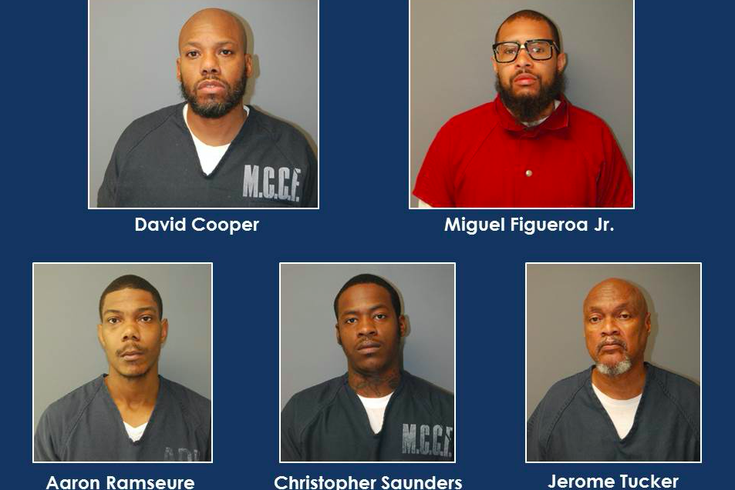 Dubbed "Operation Poison Control," the investigation centered on drug activity in Montgomery, Berks and Lehigh counties, where investigators conducted various forms of surveillance, carried out controlled buys, executed search warrants and relied on the help of confidential informants and tips from citizens.

Five primary drug traffickers were arrested as a result of the investigation:

"These men were dealing in death," Montgomery County District Attorney Kevin Steele when his office announced the arrests on Monday. "They were delivering the poison that has fueled the addiction and overdoses that have affected so many people in Montgomery County and the surrounding region. By taking these major drug traffickers off the street, as well as locking up their 10 sub-dealers and their lower-level dealers, we have severed an artery in the region's drug pipeline."

The majority of the investigation was carried out between May 18 and June 1, when police converged at Cooper's residence to intercept an alleged fentanyl deal arranged with Figueroa. When police moved in on the two suspects in Cooper's driveway, the father abandoned his infant and fled into the nearby woods.

Cooper and Figueroa were both arrested and a large quantity of fentanyl was allegedly seized in a secret compartment of Cooper's vehicle, along with an illegally possessed firearm, according to prosecutors.

Authorities seized approximately $34,000 in cash as part of the operation.

The defendants have been charged with corrupt organizations, conspiracy and related drug and weapons charges. Twenty additional defendants also were arrested and charged in the in course of the investigation.

"I've said it before to dealers and I'll say it again: Don't peddle your poison in Montgomery County," Steele said. "Our law enforcement community is committed to working together to track down and prosecute dealers who are looking to profit from someone's addiction and pain. Stay out of Montgomery County."