'Making a Murderer' attorneys Strang and Buting are coming to Philly 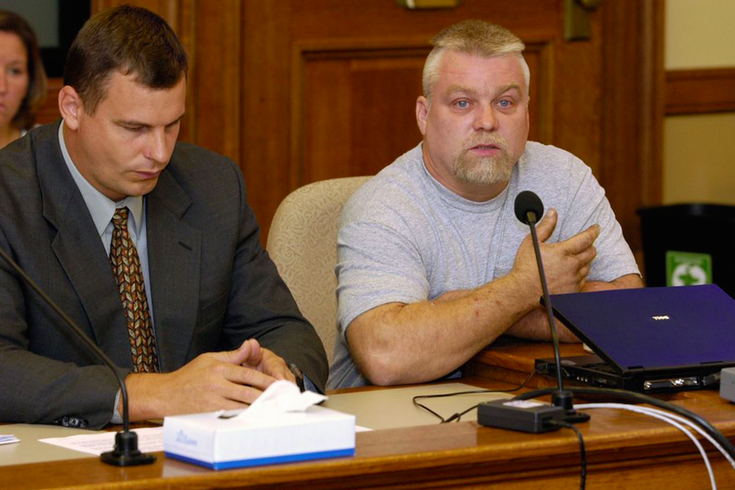 This image released by Netflix shows Steven Avery, right, in the Netflix original documentary series "Making A Murderer." An online petition has collected hundreds of thousands of digital signatures seeking a pardon for a pair of convicted killers-turned-social media sensations based on the Netflix documentary series that cast doubt on the legal process.

For those who have binge-watched the Netflix documentary "Making a Murderer," this is big news. Attorneys Dean Strang and Jerry Buting will be at the Keswick Theatre on Friday, April 1, to discuss the criminal justice system and the broader implications of the Steven Avery case.

Tickets to see the two defense lawyers will go on sale at noon on Friday, Jan. 29.

Both Strang and Buting are featured heavily throughout "Making a Murderer," which follows the story of Avery, a man wrongly convicted of sexual assault who went on to be accused of murder upon his release.

Many have become fans of the defense team from the show -- some have even developed crushes.

A Conversation on "Making a Murderer"