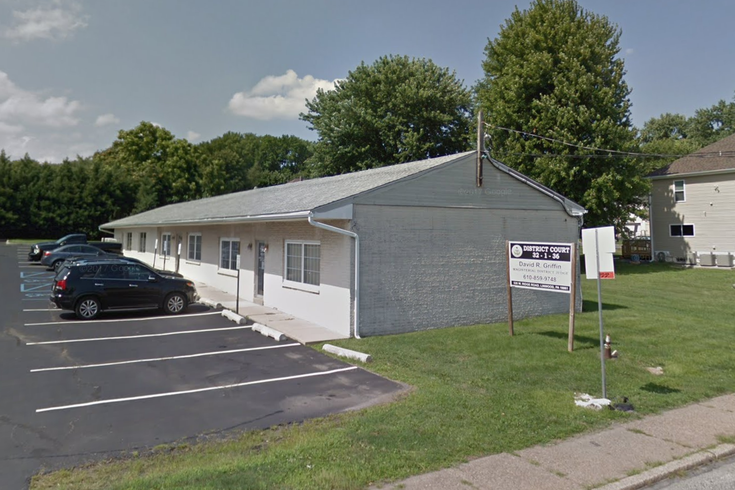 The Linwood District Court in Lower Chichester Township, where a man was fatally shot after he reportedly tried to take a police officer's gun.

A man was shot and killed outside a Delaware County courthouse Friday after he reportedly tried to take a police officer's gun during an altercation with law enforcement officers.

The man was reportedly being escorted out of the Linwood District Court in Lower Chichester, according to the Delco Times, when an altercation began just after 10:30 a.m.

What specifically sparked the incident remains unclear. According to CBS3, the man began "wrestling with a police officer" as he exited the courthouse, and "got a hold of the officer's gun." As the altercation escalated, a constable on the scene shot and killed the man.

Early eyewitness accounts on social media would seem to corroborate that report, though exact details are still unconfirmed:

The constable shot the man who wrestled a gun from the police officer. No word yet on the person's condition.

Guy grabbed police officers gun.
Bad guy was shot by constable who happened to be there.

The Delco Times reported that the man tried to flee the scene, and was initially hit with a stun gun before he was shot.

The identity of the victim is currently unknown. Authorities are still investigating the incident.