Attorney: Man who claims he was racially profiled at local Whole Foods intends to file lawsuit 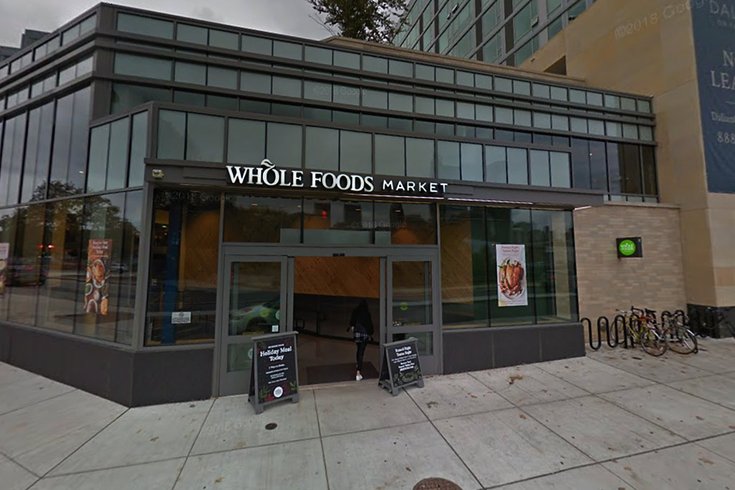 The Whole Foods Market at 2101 Pennsylvania Avenue in the Spring Garden section of Philadelphia.

An attorney representing the local man allegedly subjected to racial profiling at a Philadelphia Whole Foods Market has written a “formal demand” that the company “preserve all documents, witness statements and videos of the incident.”

It remained unclear Monday afternoon whether any steps have been taken to make tangible the assertions in the letter.

“Our investigation has revealed that this specific Whole Foods has engaged in this exact type of racial profiling and harassment on prior occasions,” reads Tucker’s letter. “It is our position that this incident represents a pattern of harassment by Whole Foods to intimidate and profile African American customers.”

Peeples' case garnered attention when he posted video of an October 29 confrontation with a security guard at the Whole Foods at 2101 Pennsylvania Avenue in Spring Garden.

According to his attorney’s account of the situation, Peeples paid cash for a large oatmeal with toppings that morning and got a receipt for the purchase, which he ate in the “customer dining area.”

The iPhone video picks up at that point:

According to Tucker and Brock Atkins – an attorney with the Tucker Law Group – it’s part of a bigger issue that warrants the public’s attention.

“It’s a serious issue. Microaggressions like this happen every day,” Atkins said, noting that he’d like to see Whole Foods respond in a fashion similar to Starbucks after a racially charged incident at a Rittenhouse Square location back in April. “Anything that comes of this could be a step in the right direction. I’m curious to see how they want to respond to this.”

What they would have to respond to is a letter that accuses the company of engaging in the sort of practice that, per a Philadelphia ordinance, “allows unlimited damages and a jury trial for the type of racially discriminatory conduct Whole Foods has engaged in.”

Tucker’s letter also alleges the “physical harassment, intimidation and humiliation of an African American mother who was racially profiled and intimidated for shopping at this Whole Foods.”

"We are deeply disappointed by the incident." – Whole Foods statement

Specifically, the letter claims, it was about “an overly aggressive white male security guard who forced the mother to show him her grocery receipt before he would allow her to leave the store. The guard removed each item from her bag and compared it to the receipt.”

According to Tucker, management was aware of that incident, as it happened at the same store. He requested that "all videos, reports and documents about that incident" be preserved, as well. Further details of that incident were not immediately available on Monday.

Through its corporate Twitter account in the interest of starting a dialogue, Whole Foods responded the day of the incident. The company stated that the security guard, who works for a third-party company, was no longer employed at that store.

"We are deeply disappointed by the incident," read the company's statement about the confrontation.