WATCH: Activist claims he was racially profiled at Whole Foods store in Philly

Supermarket chain says guard 'is no longer working' for the company 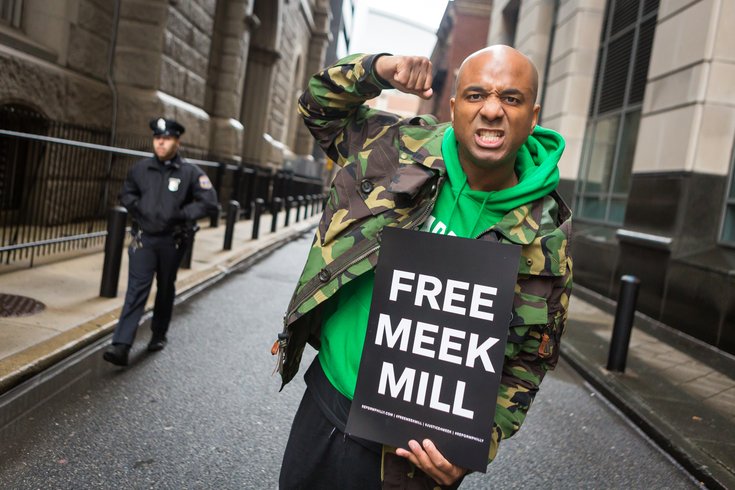 Wallace Peeples, also known as Wallo267, stands outside the Philadelphia Municipal Court in Center City during a hearing for Meek Mill in April 2018. He claims he was a victim of racial profiling at a Philadelphia Whole Foods store.

A Whole Foods supermarket in Philadelphia is facing criticism after video of an alleged racial-profiling incident was posted on YouTube this week.

In it, local rapper Gillie Da Kid’s cousin Wallace “Wallo267” Peeples is seen inside the store at 20th Street and Pennsylvania Avenue in Spring Garden asking a security guard why he was watching him eat oatmeal in the store for an extended period of time.

“You think I’m just going to come in here and eat something?” he asked the guard while producing a receipt for the food. “You were watching me for a half an hour and now you’re trying to downplay it like (I'm) an angry black man?”

The guard responded that “I’m just doing my job like you’d do your job. … I watch everybody.”

The company said it no longer employs the guard, and told PhillyVoice that it had responded with a statement on Monday.

"We are deeply disappointed by the incident this morning in our Philadelphia City Center store," it read. "The security guard is no longer working at Whole Foods Market. We sincerely apologize."

Since the video was posted, Peeples has hired a civil attorney to represent him should the incident result in legal action.

That attorney, Joe Tucker, was not immediately available for comment on Wednesday.

Whole Foods also responded to a Tweet from Gillie Da Kid, who also swore to personally boycott the store on an Instagram post, about the matter on Monday.

You can watch video of the incident below: