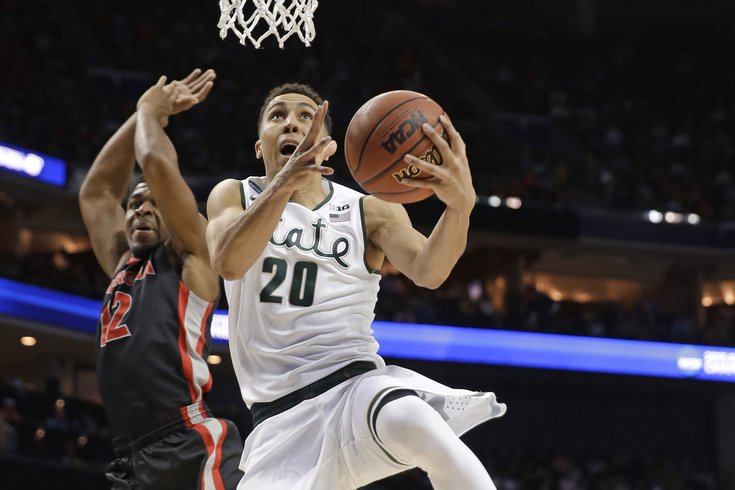 Michigan State's Travis Trice (20) drives past Georgia's Kenny Gaines (12) during the second half.

For the first time in NCAA Tournament history, five games -- on the same day -- ended with the losing team down by a single point. That was Thursday. And it was true madness.

In addition to those five one-point games, there were another seven that were decided by 10 points or less. There were four upsets, including a pair of No. 14-seeds advancing. Friday's games will have some work to do in order to top that, but it could happen.

If you're not lucky enough to be working from home because of the weather, you've come to the right place. We've got live updates and analysis of the full slate of 16 NCAA Tournament games on Friday.