Marcus Mariota remains the only unsigned No. 1-pick; OMG can Chip still get him?!? 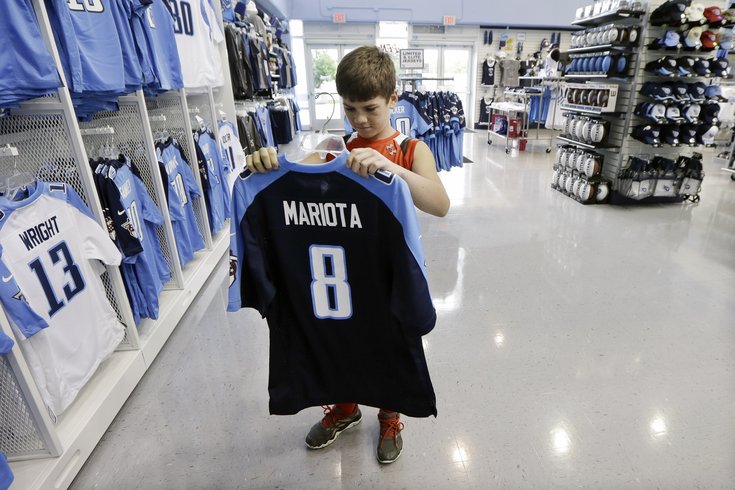 This poor kid is going to be devastated when the Titans release Marcus Mariota.

253 of 256 players selected in the 2015 NFL Draft have signed their rookie contracts. The lone first-round pick not to have signed? A certain Hawaiian fellow who played for Chip Kelly at Oregon. You may have heard of him.

During the pre-draft process, many (self included... a lot) reported that the Eagles were going to try to trade for Marcus Mariota. Indeed they did, but the Titans wouldn't budge, and they selfishly kept Mariota for themselves. With Mariota still remaining unsigned, speculation is beginning to trickle in that Mariota and the Chipster is fiendishly plotting a way to be together once again.

Sorry, it's gone. For those of you encouraged that Mariota has not yet signed with the Titans, please note that there is a pesky rookie salary cap that is determined after the draft concludes that will put a damper on those hopes.

According to Lynch (via overthecap.com), before the Eagles started signing their own rookies, they had a cap for drafted rookies of $4,570,941. That cap money cannot be traded, but it could have been divided among drafted players any way the team wanted. So in other words, if say, the Eagles traded for Mariota after the draft, they would have had $4,570,941 to pay seven draft picks instead of six, including Mariota.

According to Corry, Mariota's deal calls for a first year rookie pool number or salary cap number of $4,402,541. "Realistically," explained Corry, "a trade needed to be made prior to the end of the draft."

After the Eagles signed their six draft picks. it is now literally impossible to pay Mariota anything if they traded for him. If you look at the salary cap numbers for the Eagles' six draft picks, here's what you get:

Now that doesn't mean that there's a 0 percent chance that the Eagles can acquire Mariota. The Titans could release him, at which point he'd be free to sign with any team in the league. And in that case, the Eagles wouldn't even have to trade anything to get him!