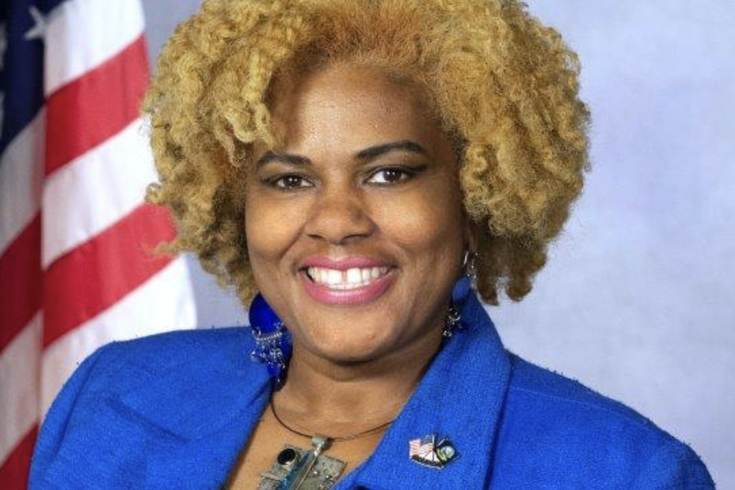 Pennsylvania state Rep. Margo Davidson resigned Wednesday amid charges that she stole money from the state and violated the election code by failing to report campaign finance information, among other alleged offenses, a state grand jury found.

Pennsylvania state Rep. Margo Davidson was charged Thursday with allegedly stealing from the commonwealth by filing fraudulent per diem requests and other expenses, as well as hindering the state's prosecution, Attorney General Josh Shapiro announced.

Davidson promptly resigned, leaving a vacancy in the 164th District covering parts of Upper Darby Township and the boroughs of East Lansdowne and Millbourne.

A grand jury found that Davidson, a Democrat, allegedly requested overnight expenses from the State House Comptroller's Office for nights she didn't spend in Harrisburg. She also allegedly received personal reimbursements from the state for expenses that had been paid for by her campaign.

Additional charges for election code violations stem from her alleged failure to report campaign finance information and soliciting a witness to lie during the course of the investigation, the grand jury found.

"Today, I sadly announce my resignation and take legal responsibility for improper record keeping and reimbursement of expenses for which I am paying the full restitution today for the $6,925 that was not administered properly," Davidson said. "I further take responsibility for and regret not fully participating with the investigation. As I end this chapter, I can say with all assurance that you may have other representatives but none that will love you more."

Representatives are entitled to payments for out-of-pocket expenses during official events and trips, but Davidson allegedly already had been reimbursed by her campaign for the engagements under investigation.

"State representatives swear an oath to use their office for public service — not fraudulent personal gain," Shapiro said. "We will uphold the laws of the commonwealth without bias, and we will continue to uncover corruption wherever it is found."

Davidson, 58, faces misdemeanor charges of theft, solicitation to hinder apprehension, and election code violations. She waived her preliminary hearing and has paid the restitution of $6,925.

"I am saddened by these charges against Rep. Davidson and recognize her decision to accept responsibility," Pennsylvania House Democratic Leader Joanna McClinton said. "This ensures the important work she led in the House State Government Committee can continue without interruption or distraction and the people's right to vote can be defended against all attacks.

"Rep. Davidson spent more than a decade in the legislature and was the first woman — and first Black woman — to represent the 164th Legislative District and serve as a House State Government Committee chairperson," McClinton continued. "She was dedicated to her constituents and always fought her hardest for those in need in Delaware County."

Davidson took office in 2011 after formerly working as a broadcast journalist and in the nonprofit sphere with the Anti-drug and Alcohol Crusaders and the African American Female Entrepreneurs Alliance. She also worked on former President Barack Obama's campaign during the 2008 election.

The vacant seat in Delaware County will be subject to a special election as determined by the Speaker of the House, Republican state Rep. Bryan Cutler.

The 164th district office, located at 1500 Garrett Road in Upper Darby, will remain open to serve constituents until a new lawmaker is elected, McClinton said.