The incident happened at the Super 8 hotel on Fellowship Road 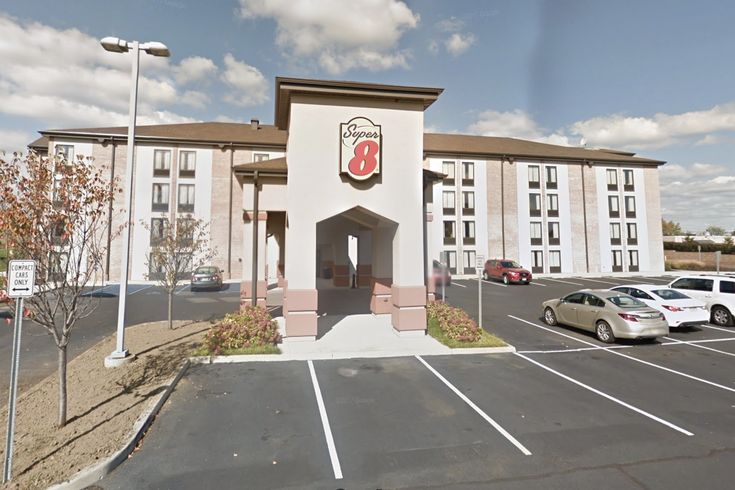 Authorities in Mount Laurel have charged a Middlesex County woman who berated a hotel staff member earlier this week, repeatedly using racial slurs in a video that was shared online and reviewed by police.

The incident is the second instance of racial harassment caught on camera in the Burlington County, N.J. suburb this month.

Investigators said the latest encounter happened after midnight on Monday at the Super 8 hotel on Fellowship Road.

Officers who responded to the scene found 46-year-old Elizabeth Trzeciak, of South River, in the parking lot of the hotel. She appeared to be intoxicated and had been staying at another nearby hotel, police said.

At the time of their arrival, authorities had not yet a seen a disturbing video that was uploaded to Reddit and allegedly showed Trzeciak repeatedly calling the hotel front desk employee the N-word. Trzeciak also knocked items off the front desk and threw them at the clerk. She was initially turned over to a family member before investigators reviewed the video and charges were filed.

"Based on the evidence from the video and again interviewing the victim, Ms. Trzeciak was charged with bias intimidation, assault, harassment and disorderly conduct after a review by an Assistant Prosecutor from the Burlington County Prosecutor’s Office," police said Wednesday. "A judge ordered charges placed on a warrant."

It remains unclear why Trzeciak decided to walk into the building and berate the clerk, who did not say anything to her during the portion of the video that was uploaded.

"Nobody deserves to be treated like that," said Michelle Banfe, vice president of operations at the Super 8 hotel. "I was appalled."

Banfe told PhillyVoice that the hotel employee immediately sent the video to his supervisors, who ensured that police and prosecutors were able to review it and complete their investigation as soon as possible.

"Us being so proactive and calling anybody we could spoke volumes to our employee," said Banfe. "We don't condone any kind of behavior like this from anyone and we will protect our staff."

Banfe said Super 8 was glad to see that authorities took swift action in response to the video.

Earlier this month, Burlington County prosecutors filed charges against 45-year-old Edward Cagney Mathews, who was filmed as he threatened and racially harassed his Black neighbor at the Essex Place condominium development in Mount Laurel. Video of the incident, in which Mathews stated his own address, was shared on Facebook and later prompted a protest outside his property at the time of his arrest. An investigation into Mathews unveiled a history of aggressive behavior and allegations, including threatening notes left for neighbors.

Mathews, who has 20 prior convictions, faces multiple criminal charges and will remain in prison until his trial date.

The New Jersey criminal code does not have a listed offense titled "hate crime," but charges in cases like these are filed as bias intimidation.