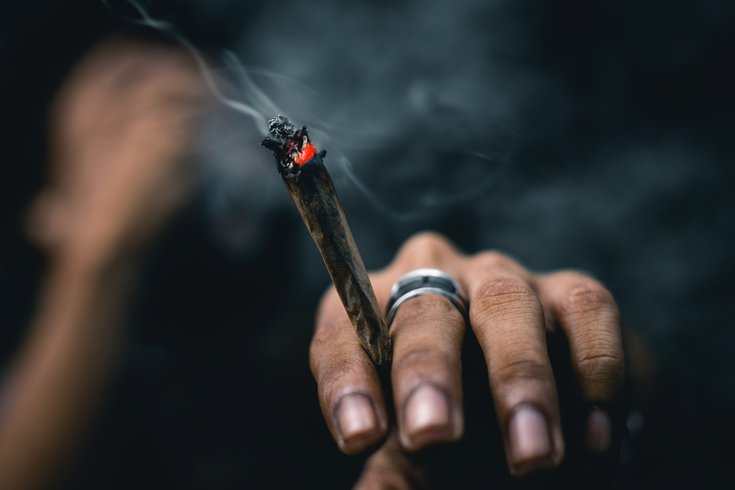 Doctors across the United States, including those in the Philadelphia region, have seen an increase in emergency department visits prompted by uncontrollable vomiting related to marijuana use.

In the Philadelphia region, Temple Health has treated cases. So has Jefferson Health and other health systems.

"We see several patients a week, mostly because they become so uncomfortable from the vomiting and have electrolyte imbalances," he said.

Cannabis hyperemesis syndrome is a relatively new term. It was first used in 2004 when a group of Australian researchers wrote about 19 chronic marijuana users who had repeated episodes of abdominal pain and vomiting. The symptoms appeared to go away and then resurface after they used again.

A new study that investigated cases in Colorado found that its frequency among habitual marijuana users appears to be growing.

"They are writhing, holding their stomach, complaining of really bad abdominal pain and nausea," Dr. Sam Wang, a pediatric emergency medicine specialist and toxicologist at Children's Hospital Colorado, who treats adolescents with the condition, told CNN.

"They vomit and then just continue to vomit whatever they have in their stomach, which can go on for hours. They often say they took a scalding hot shower before they came to the ER but it didn't help. That's when we know we may have a case of cannabis hyperemesis syndrome, or CHS."

The desire for a hot shower to treat symptoms was a common theme in the 2004 Australian study and the Colorado study. The association to the hot shower is not clear though. It could be that the hot water distracts from the pain, easing the symptoms, said Wang, who helped conduct the Colorado study.

Marijuana often is used to reduce pain – not cause it. But the researchers theorize that the dosage of marijuana's main psychoactive compound, tetrahydrocannabinol, or THC, may be causing the problem. In Colorado, THC now makes up 15% to 20% of some marijuana, Wang said. It used to be more like 4% to 5%.

There are still a lot of unknowns about cannabis hyperemesis syndrome. For instance, not all heavy users experience it. There isn't enough data on whether it's prompted by the frequency of use, duration of use or a specific potency, researchers said.

Schuitema, of Jefferson, said daily marijuana users' central nervous systems may build a tolerance to the euphoria created by the THC, but its effects on the gastrointestinal tract become more pronounced.

Because cannabis hyperemesis syndrome is so new, it doesn't have a medical diagnosis or insurance billing code. In the Colorado study, researchers documented cases by examining medical records for cases of repetitive vomiting. They compared them to marijuana usage in Colorado, where recreational usage has been legal since 2014 and medical usage since 2009.

The researchers found over 800,000 cases of vomiting between 2013 and 2018. This total was about 29% higher than before marijuana was legalized.

Other research has suggested that even when legalized marijuana was mostly restricted to medical usage, cannabis hyperemesis syndrome cases were common. One study found that nearly one in five people hospitalized with cyclical vomiting between 2005 and 2014 reported concurrent cannabis use.

"CHS, when I started practicing, was just something you read about," Dr. Sharon Levy, director of adolescent substance use and addiction at Boston Children's Hospital, told The Berkshire Edge. "Now I see it every week."

The situation in Philly

Dr. Kevin Osterhoudt, emergency medicine physician and director of the Poison Control Center at the Children's Hospital of Philadelphia, said most emergency physicians in the region would say they have seen an increase in the number of cases of cannabis hyperemesis syndrome.

He said he wasn't sure why the increase was occurring. It could be that cases have become more common. But it also may be that there is greater awareness of the connection between marijuana use and cyclical vomiting syndrome.

There is no uniform blood test for it, Osterhoudt said. But physicians link symptoms of cyclical vomiting syndrome with chronic marijuana use to make the diagnosis. Like research has shown, many patients have reported hot showers help their symptoms.

Schuitema said when a patient arrives with a history of unexplained vomiting, doctors can diagnoses the condition following by conducting a thorough patient history, which reveals frequent marijuana use, and a physical exam. And hearing that patients are taking several hot showers a day also helps doctors nail down the diagnosis.