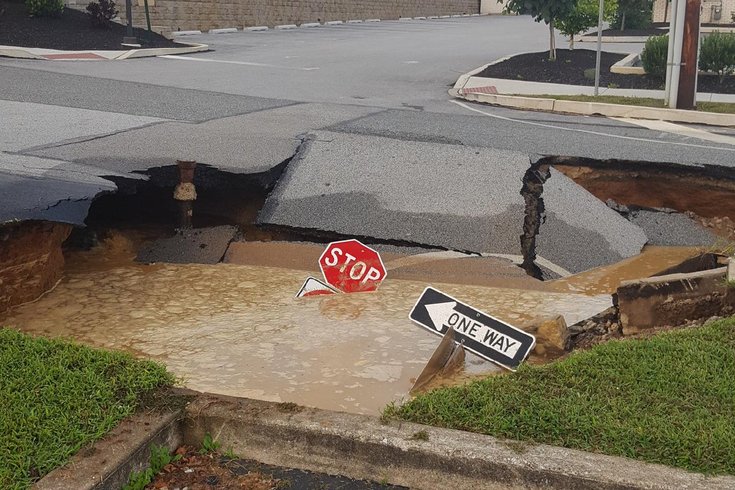 This sinkhole formed on Route 202 in King of Prussia on Tuesday morning.

Commuters traveling through King of Prussia on Tuesday may want to find an alternate route.

Upper Merion police said a sinkhole formed near Shaffer Road on the northbound side of Route 202.

Police posted a photo of the sinkhole, which was filled with water and engulfed a large chunk of the roadway, part of the sidewalk, a stop sign and a one-way sign.

Water and highway officials were called to the scene.

According to CBS3, no injuries were reported at the scene.

6ABC reports the sinkhole was caused by a water main break.