Matthew Branning and Michael Stark went missing in mid-October, according to investigators 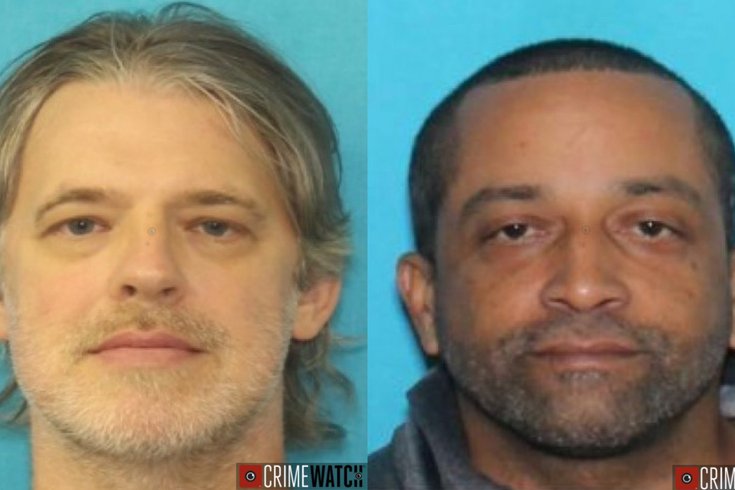 Matthew Branning (left) and Michael Stark (right) were co-workers at a manufacturing company in Silverdale, Bucks County. Investigators say they both went missing on Oct. 15 under what appear to be suspicious circumstances.

Bucks County authorities are seeking help from the public to find two men who have been missing since the middle of October, raising concerns that something is amiss about the way they vanished and virtually "ceased to exist," District Attorney Matthew Weintraub said.

During a news conference about the ongoing investigation on Wednesday, prosecutors detailed the timeline that led up to the unusual disappearances of 50-year-old Matthew James Branning and 47-year-old Michael Allen Stark.

Branning and Stark were employees at Encholor Inc., a water treatment systems manufacturing facility based in Silverdale, where they were last seen on Oct. 15.

When Branning's family lost contact with him and reported him missing in the ensuing days, authorities began collecting evidence to retrace his movements that afternoon.

Surveillance video showed Branning in his silver 2002 Lexus around 4 p.m. When he made a stop at an ATM nearby his home in Sellersville, an unidentifiable person could be seen in the backseat of his vehicle. Toll and cell phone data then tracked Branning's Lexus as it traveled into central New Jersey around 5 p.m., before traveling south to Cape May.

Around 9:30 p.m., Branning's cell phone was tracked to the area around a Wawa in Cape May, where surveillance video from the store showed Michael Stark making a purchase, but Branning did not appear to be with him.

From there, Branning's vehicle was tracked traveling northbound and then westbound on the Atlantic City Expressway.

There has been no activity on Branning's cell phone and bank account since. All attempts to find his Lexus have been unsuccessful and family members have had no luck reaching him for more than two months. Both he and Stark, who lived in Royersford, have not been to work or made contact with their employer since Oct. 15.

"Nobody quit the job," Weintraub said. "They just stopped appearing."

Branning's family members told detectives that there is no explanation for him traveling to central New Jersey. They said it is out of character for him not to get in touch with family and to skip work. He had been with his company for nine years prior to his disappearance.

Weintraub said that all attempts by family, friends and law enforcement to contact Michael Stark were similarly unsuccessful until Nov. 13, when he was positively identified on a video at a pawn shop in Garden City, Michigan. He was pawning a bike, investigators said.

Stark has an open bench warrant for a case out of Monroe County for resisting arrest and possession of drug paraphernalia. He skipped a preliminary hearing for the case about three weeks ago, after he had been spotted in Michigan. Authorities in Monroe County have requested that he be extradited to Pennsylvania if he is encountered by law enforcement in another state.

Weintraub said Wednesday that investigators have no indication Branning or Stark knew each other outside of work, or that any "bad blood" existed between them.

"It is not my experience that two people who have no other attachment or relationship other than that they work in the same place go missing at exactly the same time on the same date," Weintraub said. "It is disturbing to me. I don't believe in coincidence."

Anyone with information that could help authorities find Matthew Branning or Michael Stark is urged to contact Bucks County Detectives at (215) 348-6056 or Perkasie Borough Police at (215) 257-6876.