There has been a resurgence of the 90s trend recently on platforms like TikTok. Nylah Anderson's family is trying to raise awareness 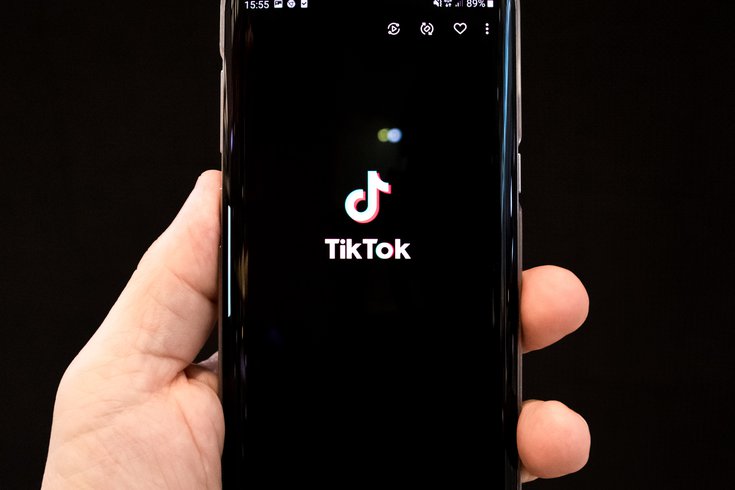 The deadly "blackout challenge" on TikTok caused the death of a ten-year-old Chester girl. Her family is now working to raise awareness around the dangers of social media for kids.

The death of a 10-year-old Delaware County girl who tried a dangerous online trend has become a rallying point for parents to monitor their children's social media activity more closely.

Nylah Anderson, 10, died in her bedroom on Dec. 12 while trying the "blackout challenge," a popular but dangerous online trend where kids hold their breath until they pass out.

Her family was in another room, completely unaware of what was happening. They eventually found her unconscious and rushed her to the Nemours Children's Hospital, where she was pronounced dead.

Now, her family is trying to raise awareness around both the trend itself and the dangers social media presents to kids in order to prevent something like this from happening to others.

"Make sure you check your kids' phones," Nylah's mom, Tawainna Anderson, told 6ABC. "You never know what you might find on their phones."

Anderson warned that even smart kids like her daughter, who spoke three languages, are impressionable and at risk of taking part in reckless behavior if they see their peers doing it online.

This is not the first incident where a child died from the blackout challenge.

Similar tragedies have occurred in Tennessee, Oklahoma and Colorado. The deadly trend has even made it to Italy, where another 10-year-old girl was declared brain-dead after her younger sister found her passed out in the family's bathroom in January.

The trend and ones similar to it predate social media and have been around since at least the nineties. The Center for Disease Control counted 82 deaths likely linked to the challenge between 1995 and 2007.

But social media, and particularly the fast-moving TikTok – which is the most popular social media app for teens and pre-teens – gets these challenges the attention of a large number of kids much faster than word of mouth did back then.

That's how a viral trend threatening unspecified violence in American schools on Friday, Dec. 17 quickly became a nationwide phenomenon. This led many districts, including several in the Philly area, to send out notices about taking additional security precautions or to close altogether that day.

A spokesperson from TikTok said the company is not to blame for this incident.

"This disturbing 'challenge,' which people seem to learn about from sources other than TikTok, long predates our platform and has never been a TikTok trend," they said. "We remain vigilant in our commitment to user safety and would immediately remove related content if found. Our deepest sympathies go out to the family for their tragic loss."