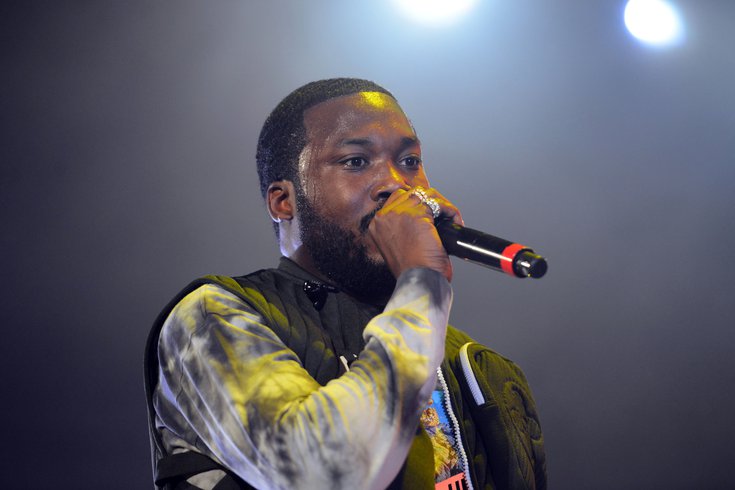 Meek Mill's lyrical reference to Kobe Bryant's death in a Jan. 26, 2020, helicopter crash is drawing criticism. The line is part of a song that was recently leaked online.

Meek Mill is facing criticism about a track that leaked online with a verse referencing the helicopter crash that killed NBA star Kobe Bryant.

The song, titled "Don't Worry (RIP Kobe)," is a collaboration with Mill and rapper Lil Baby. In the song, Mill raps the verse “Yeah, and if I ever lack, I’m goin’ out with my chopper, it be another Kobe,” the website Complex reported Thursday.

The lyric is a reference to the Lower Merion High School basketball star's death. Bryant, his daughter Gianna, and seven other people were killed in a helicopter crash in Calabasas, California, on Jan. 26, 2020.

Reaction to Mill's lyric about Bryant's death spread on social media on Wednesday and Thursday. The North Philly rapper was overwhelmingly rebuked as being tone-deaf for the mention.

I am once again asking that we cancel meek mill pic.twitter.com/zJkMbGDxGV

I don't know when I'll be ready to hear a song that references Kobe, but I know it ain't now & I know that line Meek Mill just dropped ain't it. Let that man RIP a little longer & the next man who wants to try, work a little harder to ensure that your bar isn't so disrespectful.

“I’m going out with my chopper, it be another Kobe” - Meek Mill pic.twitter.com/VfzoFIRVo6

Lil baby watching meek mill in the studio when he said that line about Kobe pic.twitter.com/jPc5hixC4W

Meek Mill will never have bars like Kobe had bars pic.twitter.com/gDgSEXoX7B

Everytime Meek Mill say something this everyone reaction pic.twitter.com/T13pp5SYvX

Mill didn't directly reference his critics on social media, but based on the 33-year-old's tweets, the rapper was aware of what was going on.

somebody promo a narrative and y’all follow it.... y’all internet antics cannot stop me ....shit like zombie land or something! Lol

They paying to influence y’all now ... its almost like mind control “wake up” 🙃

The leaked track comes days after Mill and rapper Tekashi 6ix9ine got into a heated in-person argument in the parking lot outside an Atlanta club early Valentine's Day morning. The two rappers previously had been fueding for months on social media.

6ix9ine and Mill shouted insults at one another while recording the spat on their phones and being kept more than an arm's length apart by their respective security teams.