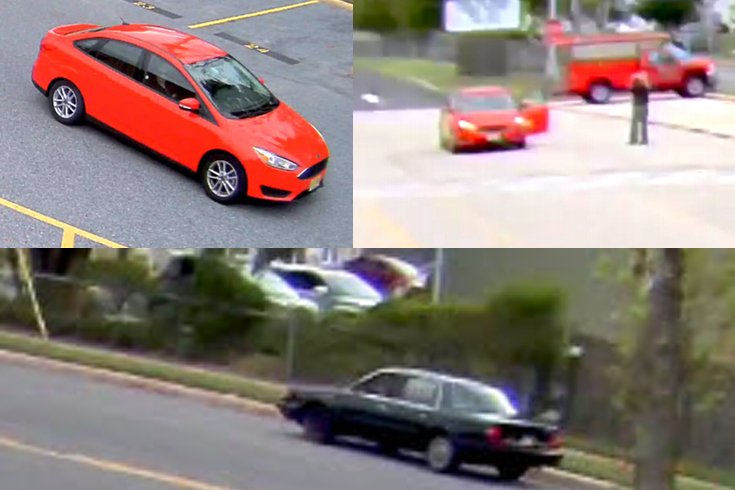 These two cars were seen pulling up to Highland High School within 10 minutes of each other. The drivers appeared to take photos of the school with their cell phones.

Police in South Jersey are searching for information on two individuals and their vehicles after they were caught on surveillance video pulling up and taking pictures of a school within 10 minutes of each other.

According to Gloucester Township police, the incidents occurred around 1:20 and 1:30 p.m. on Sunday, Sept. 13.

In the video, the first car, a dark sedan, pulls over on Erial Road and the driver, a young white male, appears to take several photos of Highland High School in Blackwood before driving off.

Minutes later, a small red car, possibly a Ford, pulls into the parking lot of the school.

The driver, an older white male, gets out and appears to to take several photos as well before leaving.

Another person is seen in the passenger seat of the red car. Watch the video here: