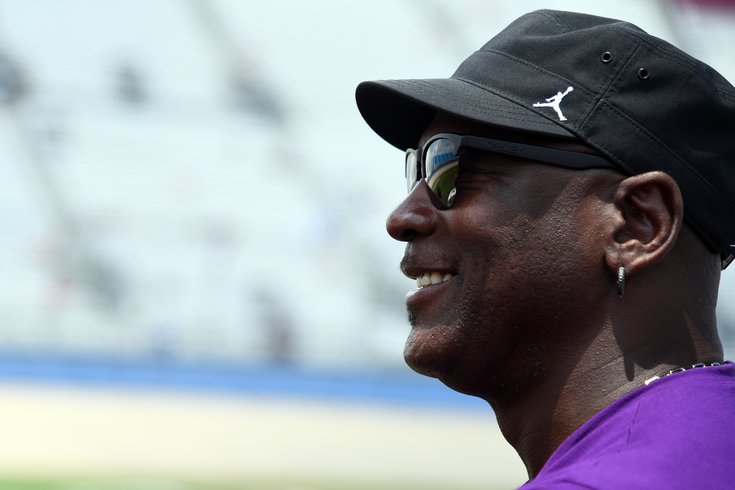 Michael Jordan's fishing boat, Catch 23, is in Atlantic City for Jimmy Johnson's Quest for the Ring fishing tournament. This is the event's second year in New Jersey after expanding from Florida.

Michael Jordan is at the Jersey Shore this week to compete for the second consecutive year in Jimmy Johnson's Quest for the Ring fishing tournament, where he made an impressive catch during last year's inaugural event in Atlantic City.

The NBA Hall of Famer, six-time champion and owner of the Charlotte Hornets, has docked his 80-foot Viking yacht, Catch 23, at the Frank S. Farley State Marina for this week's event.

Michael Jordan is in Atlantic City to do a some fishing aboard Catch 23, his little 80 foot Viking. https://t.co/JKjjVsSkmo pic.twitter.com/vROJUc2yRv

The tournament is put on by NFL analyst and Super Bowl-winning head coach Jimmy Johnson, who expanded the event from its annual springtime location in Florida.

Last year, Johnson shouted out Jordan and his Catch 23 team for racking up the most releases during the weeklong event.

Michael Jordan @jumpman23 and his team on Catch 23 had the most releases in jjfishweek Atlantic City 12 white Marlin & 1 Blue Marlin pic.twitter.com/MfHI4V11Qi

During the Florida tournament in 2020, Jordan's team caught a 442.3-pound blue marlin.

"I’d love to be back with a little bit bigger fish," Jordan said in the post-catch interview. pic.twitter.com/51hQTbF1KG

The competition in Atlantic City runs until July 16 and has a $1 million purse, with daily events and meals at the Golden Nugget and Hard Rock Hotel & Casino.

During last year's event, Jordan was spotted dining at Steve & Cookies by the Bay in Margate.

Thanks to my reader for sending me this. >> Basketball legend Michael Jordan leaving Steve & Cookies By The Bay in Margate, NJ. Supposedly he’s in town for the Jimmy Johnson A.C. Championship Fishing Week. Thanks 😊
🎥Steve Schoeffler pic.twitter.com/w49cTR50nq

Outside of basketball, Jordan is mostly known for his obsession with golf, but his ruthless competitive streak knows no bounds. In recent years, he's become increasingly involved in fishing and speed racing, where he became the first Black majority owner of a NASCAR team, joining forces with Denny Hamlin and Bubba Wallace.

It remains to be seen whether Jordan ventures out in New Jersey during this year's tournament, but we'll update the story with photos if he's spotted at another hotspot in the region.