Feeding America estimates that 54 million Americans could face food insecurity in the coming months because of the economic toll caused by the pandemic. 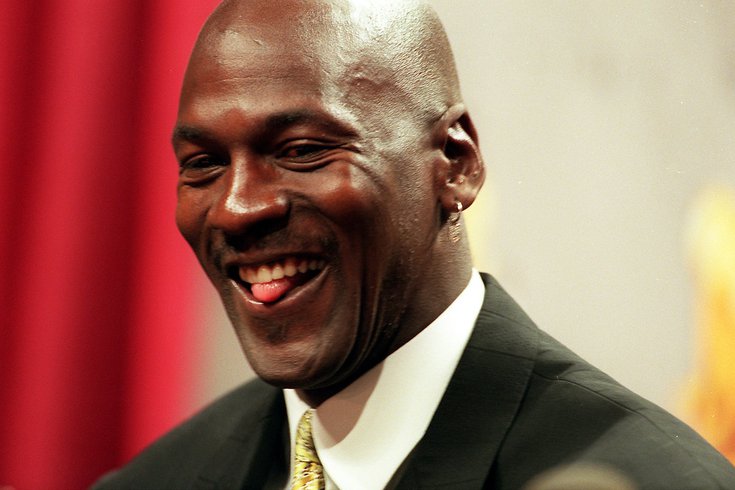 Michael Jordan donated $2 million of the proceeds generated from his hit documentary, "The Last Dance."

Michael Jordan donated some of the proceeds generated from his hit documentary, "The Last Dance," to Feeding America.

The organization thanked Jordan for his $2 million gift, as it helps Americans across the country who are experiencing food insecurity due to the pandemic, CNN reported.

"In these challenging times and in a year of unimaginable difficulty due to Covid-19, it's more important than ever to pause and give thanks," Jordan said in a tweet sent by the organization.

An incredible gift to be thankful for – NBA legend Michael Jordan is donating $2 million to help our neighbors facing hunger! #TheLastDance

Every action makes a difference. Join Michael & visit https://t.co/ExF6iX3wr7 to learn how you can donate or volunteer this holiday season. pic.twitter.com/UVUFQlbe0p

"What we've seen has been, unfortunately, a steady level of greatly, significantly increased need since the pandemic started," Katie Fitzgerald, the nonprofit's chief operating officer, said to CNN. "About 40 percent of the people who are showing up for food distributions have never before had to rely on charitable food assistance."

More than $1.7 billion was set aside by the US Department of Agriculture in April to assist food banks.

The 10-part documentary out of ESPN chronicled Jordan's life and career was released in April at the onset of the pandemic. It was initially scheduled for a June release, but COVID-19 wiped out ESPN's other sport offerings and "The Last Dance" release was bumped up.

Around 5.6 million people watched each episode, making it ESPN's most-watched documentary ever.

Feeding America projected that for 2020, 18 of the 25 counties that will be hit the hardest are majority African American. Before the pandemic, Black Americans were nearly two-and-a-half times as likely to live in food-insecure households as White Americas, and Latinos were twice as likely.

Feeding America has a network of 200 food banks and 60,000 food pantries. It operates in every US county and has recently developed no or low contact delivery options in many of its locations.