Michael Nutter signs on as professor at Columbia University

The former Philadelphia mayor will serve as an urban policy professor 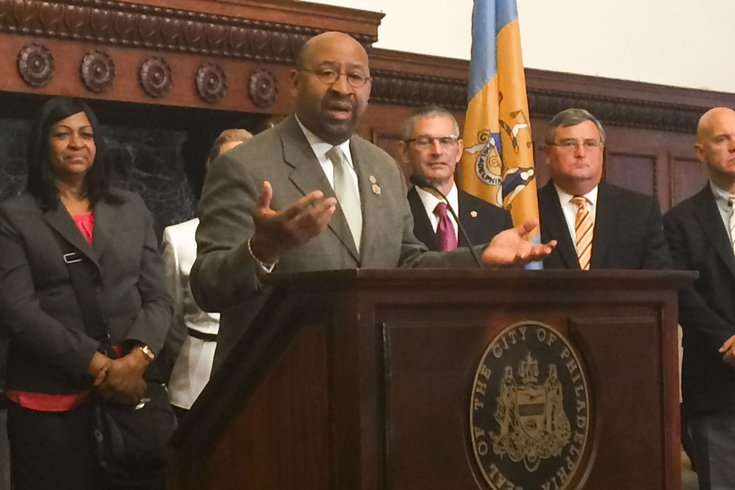 Mayor Michael Nutter addresses the press following Pope Francis' visit to the city for the World Meeting of Families.

Former Mayor Michael Nutter is moving to the classroom after serving eight years in City Hall.

Nutter will serve as an urban policy professor at Columbia University's School of International and Public Affairs during the spring semester. His daughter, Olivia, is a student at Columbia.

Proud to have been appointed at Columbia U, a great school, & an opportunity to share lessons in urban policies with incredible students.

Nutter, a graduate of the University of Pennsylvania's Wharton School, drew praise for raising Philadelphia's global stature by overseeing the papal visit and landing the 2016 Democratic National Convention. He also guided the city through a recession and improved governmental transparency. But the city's education system remains a mess.

“As mayor of one of our nation’s largest cities, he has earned a national reputation as a leader in urban public policy – addressing key challenges in economic development, public safety, environmental innovation and many others," SIPA Dean Merit E. Janow said in a statement. "I know we will all benefit from his insights and experience.”

Earlier this month, Nutter was named to the U.S. Department of Homeland Security's advisory council, a 40-member voluntary board that advises Secretary Jeh Johnson on various homeland security matters.

Nutter said in a statement that he is "deeply honored" to have been asked by Columbia University to serve as a professor.

“The opportunity to work with such distinguished faculty and incredible students at this internationally recognized university is an enormous responsibility, and creates an important platform to continue my focus on the leading urban challenges in the United States and around the world," Nutter said. "I look forward to actively engaging with the Columbia University community.”