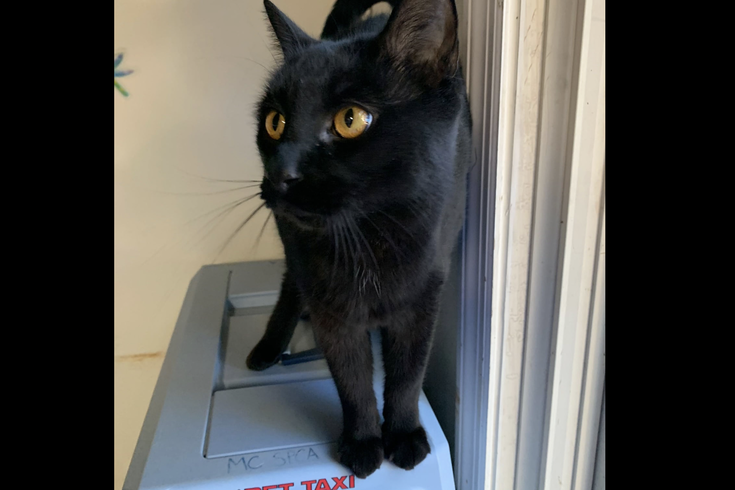 Dex, a black cat who went missing from Pennsylvania in early August, was found this month more than 200 miles away in New York. The shelter that took him in was able to locate his owners using his implanted microchip.

A pair of pet owners in Central Pennsylvania were stunned to be reunited with their wayward black cat last week after the missing feline turned up at an animal shelter in New York.

The Montgomery County SPCA in Fort Plain took to Facebook to champion the importance of microchipping pets, which greatly improves their chances of being recovered in the event they get lost.

A Really Happy Tale! This is Dex, a cat from Williamsport, PA that somehow found his way to Fort Plain, NY and was...

Dex, the cat found in New York, had disappeared from Williamsport, Lycoming County in early August and was nowhere to be found for three months.

"When Dex first came to the shelter, we cleaned him up and went to see if he had a microchip," the SPCA said. "We were happy to see that he did, and all of his family's address and information were in the system. Thanks to the microchip the family was contacted and came ... to pick up their long-lost cat. They were thrilled to be able to reunite with their beloved pet."

The average cost of microchipping a cat or dog ranges between $20-$70, a small investment in peace of mind when an animal goes missing.

Last month, in California, a miniature poodle that went missing eight years ago in the area of Fresno suddenly turned up in rural Stanislaus County and was reunited with his family. The dog's owner suspects he was stolen at the time he disappeared, when he was just a year old.

Microchips also have proven useful in tracking wildlife, from the extensive shark research conducted by OCEARCH to the recent release of nine extremely rare black-footed ferrets at a ranch in Colorado. When one of the ferrets escaped the ranch, it turned up inside the garage of a nearby resident in Pueblo West. Wildlife officials who examined the animal found its microchip and determined that it was one of the recently released ferrets. They were able to safely return it to a burrow on the ranch.

Watch video of the black-footed ferret release taken by @COParksWildlife Officer Cassidy English after she and Officer Travis Sauder hiked deep into a prairie dog colony in the dark Monday on the Walker Ranch near Pueblo West. (3/4) pic.twitter.com/fWfryRFay7

It's unclear how Dex got from Williamsport all the way to New York during the time he went missing, but his owners probably feel pretty happy with their decision to microchip him now that he's back home.