It's the second restaurant to occupy the former house of worship, replacing Marsha Brown's, which closed at the start of the pandemic 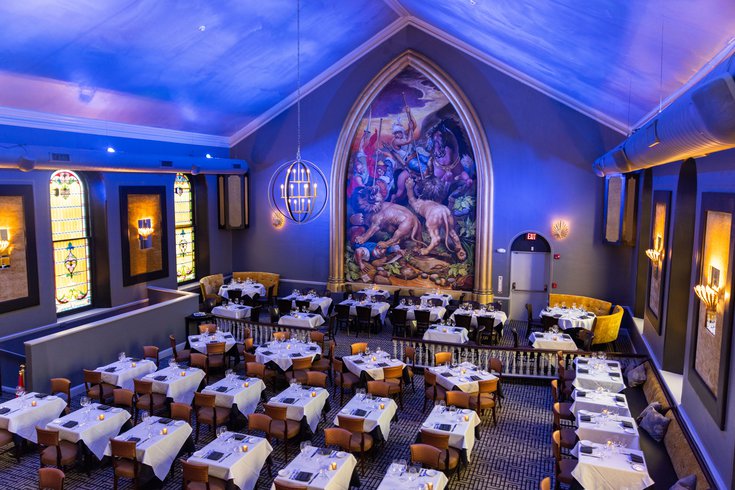 The Old Stone Church, a Methodist place of worship constructed in 1872, has been converted into a new restaurant, Oldestone, that will replace the former Marsha Brown's with a new concept and renovations that preserve much of the building's history.

A 19th century Methodist church in New Hope has reopened as a renovated bar and restaurant that pays homage to the building's storied history.

The former church at 15 S. Main St. is now Oldestone, a fresh concept that replaces the Marsha Brown's restaurant that had been located there since the early 2000s. Prior to the closure of that restaurant during the pandemic last year, owner Marsha Brown had arranged to pass the building on to a new group led by Wilfer Naranjo, Michael Sklar, Gaspar Ferrara and Vincent Ferrara.

Naranjo, a former food runner at Marsha Brown's, helped develop a new vision for the 9,000-square-foot space that keeps the original church pews inside and preserves a 30-foot-mural by Russian artist Valeriy Belenikin, who installed the sprawling work in 2003.

Oldestone's first floor includes a main bar, lounge and private dining room. The second floor holds the restaurant's grand dining room and the third floor balcony is a speakeasy concept modeled after a 1920s jazz bar, including a stage for live music, a view overlooking the dining room and a reclaimed bar salvaged from a Vermont tavern that dates back to the early 20th century. 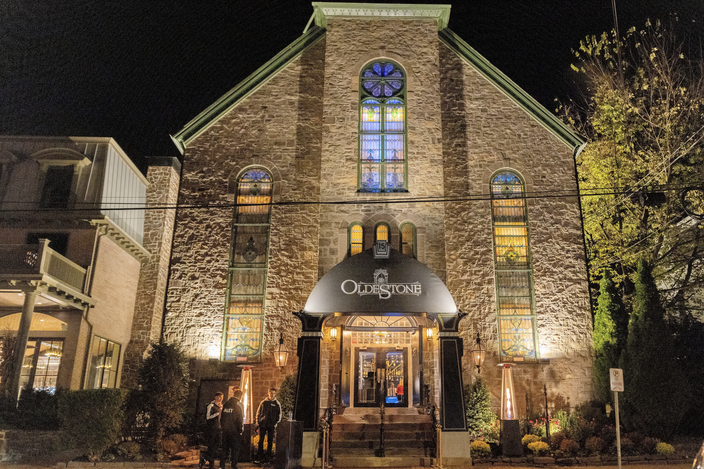 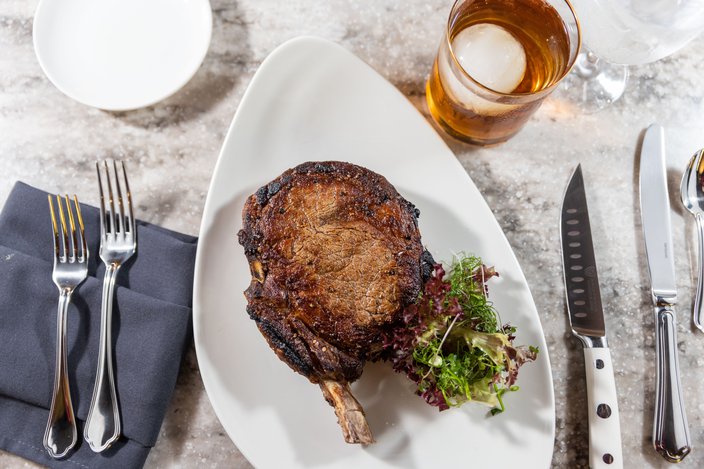 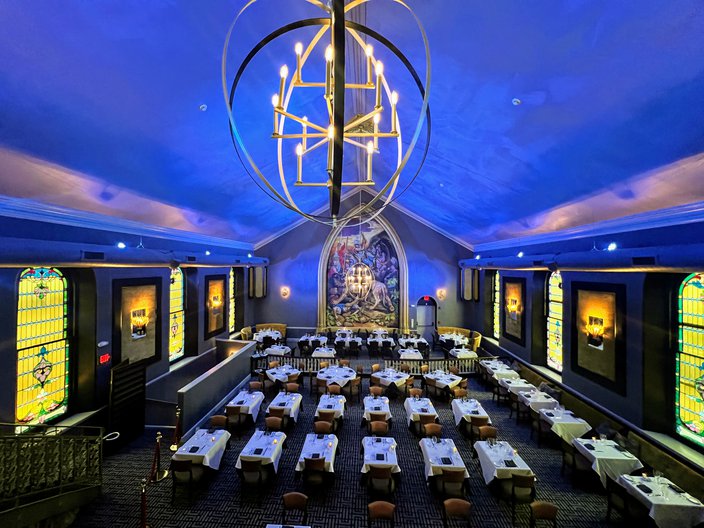 Courtesy/Oldestone
In total, the restaurant can seat up to 250 guests at a time.


The Old Stone church, constructed in 1872, was the second of two that white Methodists built in New Hope during a tense period in American history following the Civil War. The first church building had been located at the current site of St. Martin Church on New Street, and two Black Methodist churches, Mt. Gilead and Mt. Moriah, also were located in the area.

In recent years, pastors in New Hope uncovered grave stones of former slaves and Black soldiers who had been buried on a hillside near Buckingham Mountain, a refuge for those escaping slave-owning states on their way to Canada.

The bells at the church building that houses the new restaurant will continue to ring at every quarter-hour and on the hour.

Other unique design elements in the revamped building include chandeliers that were featured in the the Keanu Reeves movie "John Wick 3," as well as church stained glass windows and a pulpit. The Belenikin mural, "Redemption," depicts an updated version of the story of St. George slaying a dragon to spare the life of a king's daughter, but instead of a dragon, St George is sparring with s pair of lions.

In addition to dining and live jazz and entertainment seven days a week, Oldestone will also be available for special events, catering and private parties.