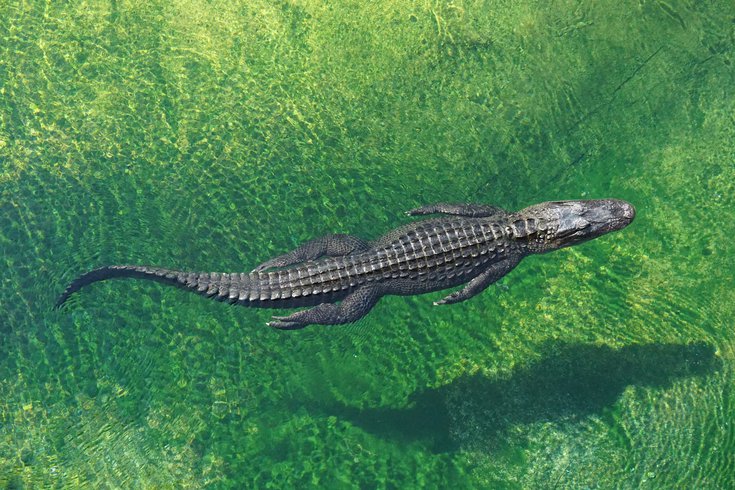 Charlie Buhl, a 12-year-old boy from Philadelphia, was attacked by a crocodile while vacationing with his family at Mexico's Club Med Cancun resort in June. Months after Buhl's recovery, he and his mother spoke about the frightening incident in an appearance on 'Good Morning America.'

There are countless exotic shapes and forms that a vacation from hell can take for a family simply looking to enjoy a getaway from the day-to-day grind.

You'd be hard-pressed to imagine a sentence more terrifying than the one relayed to Jennifer Buhl about her son on June 18, when she and her family were on a trip visiting Mexico from Philadelphia.

"Jennifer, I believe your son has been attacked by a crocodile," a guest at Club Med, an all-inclusive Mexican resort in Cancún, told her.

Charlie Buhl, 12, had been mauled by a 13-foot-crocodile while playing a game of hide-and-seek at a pool deck that leads to a lagoon at the resort. The reptile had latched onto his leg from a staircase and dragged him into the water, beginning a frantic rescue effort that required pummeling and poking the eyes of the croc.

Charlie's lower leg was severely damaged in the attack and at risk of amputation. In the encounter with the crocodile and the subsequent surgery to repair his limb, Charlie lost of about half his blood, his surgeon told his family.

The Buhls remained in Cancún for four weeks while Charlie underwent multiple surgeries and antibiotic treatment to prevent a bacterial infection.

On Wednesday, Charlie and his mother appeared on "Good Morning America" to talk about the incident and their road to recovery.

Charlie Buhl, 12, is speaking out after a crocodile pulled him off a staircase near a dock while on vacation with his family at Club Med in Cancun this summer. @janai https://t.co/JkrLu1QMxG pic.twitter.com/NR2S5HAlEy

Jennifer Buhl, a professional headshot photographer, shared the lurid details of her son's attack in a lengthy blog on her website last month. She wrote about the uncanny power of prayer and the heroic, selfless actions of the many resort guests and staff members who assisted in Charlie's rescue.

Buhl also lamented the sensationalism of media reports in the aftermath of the attack, many of which got key details wrong and falsely claimed Charlie had lost his leg. Buhl's painstaking account of that night is the most reliable glimpse into the horror of the experience, but one of the most harrowing descriptions came from a 13-year-old boy named Cyrus, who had been hiding with Charlie on steps of the deck that led to the lagoon:

"Suddenly," Cyrus said, "Charlie wasn't sitting next to me anymore. I looked and saw him in the water and thought he'd fallen in." A young girl passed who was playing hide-and-seek with them. Charlie remembers looking at her saying, "Please help me. She left," Charlie says, "probably to go get help." Cyrus says he grabbed Charlie's arm: "I tried to pull him back up, but then I realized something was pulling at him." Charlie remembers holding onto the stairs with his hands and trying to boost himself out of the water. Charlie was screaming, "It hurts! Please help me!" and Cyrus was screaming, too. The crocodile yanked and took Charlie under. Cyrus remembers Charlie struggling to get up after this, and Charlie remembers trying to grab hold of the stairs again. Cyrus grabbed onto his arm once more, and again the boys screamed for help.

Months after the incident, Charlie is able to walk with a gait and has shown steady signs of improvement. The scars on his leg will remain for the rest of his life, a reminder of his harrowing brush with death.

There has been a disturbing pattern of crocodile attacks at resorts along the Mexican coast in recent months, including three in the region around Cancún in the month prior to Charlie's attack, Buhl said.

In July, a month after Charlie's incident at Club Med, an 18-year-old California woman was dragged into the water by a crocodile and seriously injured during a trip at a Marriott resort in Puerto Vallarta. And earlier this month, a 24-year-old man from Texas was attacked by another crocodile while vacationing in Nuevo Vallarta.

The uptick in crocodile attacks has been partially attributed to overflowing rivers that have allowed the animals to stray from their habitats. But Buhl also noted in her blog that crocodiles are protected and seem to have proliferated in the absence of a rigorous census. Removing crocodiles from the Nichupte lagoon, which spans from one side of Cancún to the other bordering the hotel zone, is prohibited.

The reporting of crocodile attacks can be inconsistent, and though considered extremely rare, the Worldwide Crocodilian Attack Database estimates approximately 1,000 people are killed by crocodiles each year. They usually attack when their territories and nests are threatened, when they're hungry or when they become too comfortable with people who feed them.

Buhl later learned that crocodiles have nested in a dry area under the pool at Club Med, where the reptiles are frequently spotted and sometimes fed by resort guests.

One of the most disturbing details of Buhl's account is that prior to Charlie's attack, people regularly went water skiing in the lagoon. There were no signs posted to warn of crocodiles and a gate leading to the dock stairs where Charlie was attacked didn't have a lock.

In the hours after Charlie was removed from the water, guests could see the crocodile waiting by the dock.

Buhl was told that Club Med Cancún has invested $200,000 to secure the area around the lagoon with guards and signage. Water skiing has been permanently suspended at the resort, but Club Med still does not warn guests of the risk of crocodiles when they arrive.

Buhl said the resort has committed to paying all of Charlies medical expenses.

Charlie, meanwhile, has done his best to keep a positive survivor's attitude and find ways to make light of the situation now that he's gotten some distance from the situation.

"For Halloween, me and two of my friends are building this giant crocodile that all three of us are going to fit in and it's 16 feet long," Buhl said. "They think it's cool."

If you happen to see that costume out and about on Halloween, it'll be safe to feed the beast with a few extra pieces of well-deserved candy.