'We are looking for people to bring children’s shoes to line street with,' group says

Maybe you think it’s a bad thing that the United States is separating children from the parents at the border in the name of security and/or gaining political leverage with the other party in Washington, D.C.

Maybe you think that separating families is the right thing to do, that those impacted brought it upon themselves, and you want to yell that (among other things) at protesters from across the street.

Well, Tuesday is everybody’s chance to do just that.

A month after it protested conservative commentator Tomi Lahren’s appearance at the Keswick Theatre in Glenside as part of its opposition to what it labeled “the Trump/Pence regime,” Refuse Fascism Philly has called for like-minded folks to head to Rittenhouse Square from 5 to 8 p.m. Tuesday.

That’s because Vice President Mike Pence will be in town for a Republican Governors Association fundraiser at which he’ll appear with Republican gubernatorial nominee Scott Wagner, who has “claimed voting by non-citizens was a threat to fair elections.”

Per the group’s protest announcement, the event will take place at the Rittenhouse Hotel. There, they’re asking people to “get in the streets with us, get loud with us, saying Hell No! Trump and Pence and their whole fascist regime have got to go.” 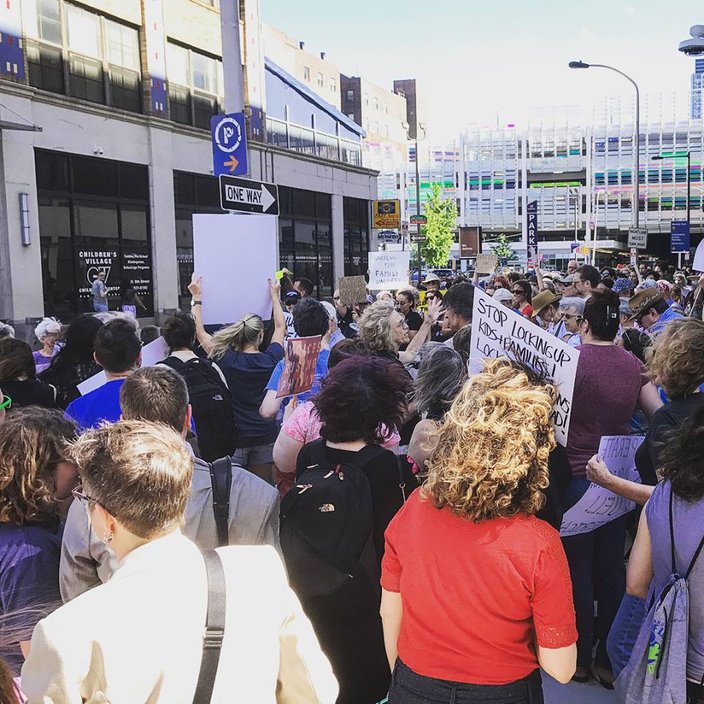 Protestors gathered outside the U.S. Immigration and Customs Enforcement’s local offices to question a White House policy that separates families at the border.

Just last week, demonstrators under the Families Belong Together umbrella gathered outside U.S. Immigration and Customs Enforcement’s local offices to protest a White House policy that separates families at the border.

If organizers have their way, the imagery will be powerful: “We are looking for people to bring children’s shoes to line street with.”