Live MLB trade rumors: Who will Phillies target after deal for Pirates starter falls through?

Or will Dave Dombrowski and Co. shift their focus elsewhere? 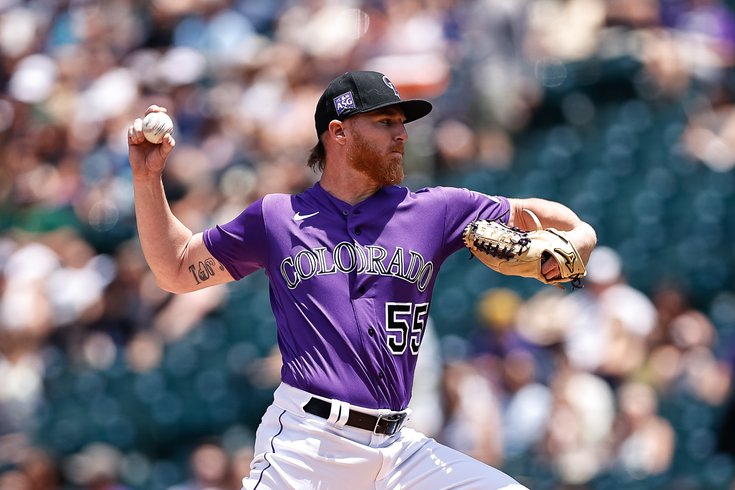 UPDATE [1:12 p.m.] — According to baseball insider Craig Mish, the Marlins are close to trading Starling Marte. But he won't be going to the Phillies, despite the team showing interest in the veteran outfielder. Instead, he will be headed to Oakland.

Marlins are close to trading OF Starling Marte to the Oakland Athletics per sources.

The Phillies still haven't made any noise their trade for Tyler Anderson fell through on Tuesday night. We'll keep you updated as soon as they do.

The MLB trade deadline is rapidly approaching and the Phillies remain in the hunt in the National League East. Unfortunately, they suffered a trio of losses on Tuesday night. First, they lost their game to the Nationals, which should actually count as double since they also lost out on the chance to pick up a game on the division-leading Mets, who lost to the Braves.

But those two losses were only secondary to the big story on Tuesday: the collapse of the Tyler Anderson trade.

The Phillies had been saying publicly for weeks that they would be buyers at the deadline, with Dave Dombrowski going so far as to say that he has approval from ownership to cross the luxury tax threshold for the first time in team history. While Anderson wasn't a major move, it was certainly a sign that the Phillies were going to make good on their promise to be buyers.

Starting pitching was a secondary or even tertiary need for the team, behind bullpen and outfield. The Phillies are pretty set at the top of their rotation with Zack Wheeler, Aaron Nola and Zach Eflin (once he's back from injury), so adding Anderson would've been a depth piece that would've been more important down the stretch than in the actual postseason, when rotations typically shorten.

Still, the Phillies were willing to part with a pair of prospects to get him (hopefully with the plan of still addressing at least one or both of those other needs).

Well, then things got weird. And Anderson ultimately wound up going to the Mariners after Pittsburgh reportedly found a red flag on one of the prospect's medicals. You can read more about that here, including some claims that there might've been foul play on the Pirates part in order for them to exact some sort of revenge on Dombrowski. Seriously.

Why it fell apart doesn't matter as much as what they do next. Will the Phillies still upgrade the rotation?

If Dombrowski decides that's the way to go, perhaps they could target Rockies starter Jon Gray, who is 29 years old, on a one-year deal and would be a rental, which might make his price tag reasonable for a Phillies team that doesn't have a lot to spend. Here's more from FanSided's Noah Yingling:

With Jon Gray, the Phillies would immediately have someone that could slot into the second spot in their rotation and the second-best starting pitcher on the trade market. Realistically, Jon Gray is actually the best starter that they can get as Washington Nationals starter Max Scherzer could veto any trade that he wants with his 10-and-5 rights (10 years in the majors and 5 with the same team). Also, the Nationals are highly unlikely to trade Scherzer within the division.

The problem for the Phillies is that there aren't a ton of starters available — and there seem to be more than a few teams in the market for their services.

So will Dave Dombrowski be his typically aggressive self? Will he still make good on his claim that the team will be buyers? Or will it be another quiet deadline for the Phillies? We'll have you covered with all the latest news, rumors and analysis as we get closer to Friday's deadline with our daily live tracker...