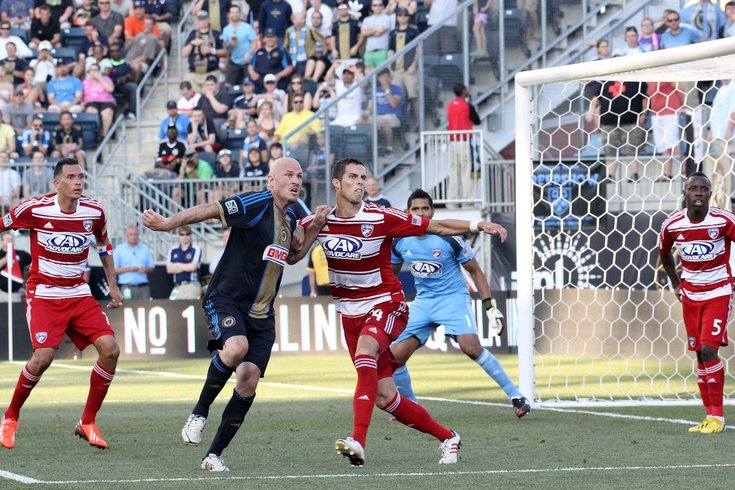 Colorado is second in the Western Conference with the best defense in Major League Soccer.

Yet the only player representing the Rapids in the All-Star Game is a three-goal scorer who has played just eight of 19 games.

Jermaine Jones is the "big name" on the Rapids roster. He's the American international. He's the guy that you recognize from the World Cup and maybe your kid wants to wear his jersey.

But he's not the reason why Colorado is winning. It's winning because of a backline and midfield that smothers attackers while remaining incredibly disciplined and organized.

I'd venture that most people don't know a single thing about Axel Sjoberg, Sam Cronin, Micheal Azira, Mekeil Williams, or Marc Burch. That includes both fans and media, but only the latter should be held responsible for the myopia.

Absurd as it may be, none of this should be a surprise, because it's not about merit. It's never been about merit. The MLS All-Star Game has historically featured head-scratching inclusions and omissions. Commissioner Don Garber embarrassingly picked Steven Gerrard and Frank Lampard for last season's game, even though neither had played a single minute in MLS. Thankfully they both dropped out before the match, sparing further queasiness.

Others, like Liam Ridgewell and Michael Farfan, have been added to the roster simply because the game happened to be hosted by their teams. There are too many selections that require an asterisk next to a player's name.

Zero defenders from the best defense in the league (13 goals conceded in 19 games). Ok. https://t.co/5uY09zt1AM

One of the issues with the All-Star Game is that it can be defined in various ways. I like to think of it as a reward for players who perform well on a consistent basis over the first half of the season. That means you're starting games, logging minutes, and contributing to wins. If you're not a goal scorer, you're passing the eye test like Keegan Rosenberry, or Matt Hedges, or Juan Manuel Martinez.

Others might see it was a way for fans to get involved, pick their favorite players, and put together a team of superstars. There's nothing wrong with that view. They should somehow be involved in this process. Without fans, who's filling the stadiums and reading these columns? Supporters don't watch film and study all twenty teams in MLS, so we can't expect them to campaign for players that are underrated and/or unknown.

Commissioner Garber views the game as a way to market his league internationally, hence the selections of Gerrard and Lampard last year. In that instance, the addition of those guys would theoretically add foreign interest, drive ratings, and increase the profile of Major League Soccer. He's also not wrong for wanting that, but there's a way to pursue that goal without offending your entire player base in the process.

Should've been Hedges. No idea why he didn't make the cut.https://t.co/5xNlsOWhG8

I do appreciate the fact that 19 of 20 teams have an all-star. This gives fans of every club except Houston a reason to watch the game and cheer for their local player. Philly hasn't had an all-star since 2013, so how much interest was there in watching the games against Tottenham and Bayern Munich? Union fans will get to see two of their players take on Arsenal this month.

I'm not sure though that teams like Columbus and Chicago should even be involved in this game, considering how bad they've been this year. Wil Trapp has had a poor season by his standards. Brandon Vincent, the guy I wanted Philly to draft, has been very good recently, but he's been in and out of the lineup over the course of the season and had a rather slow start to his rookie campaign.

As far as the defenders, I think Laurent Ciman and Rosenberry certainly deserve their selections.

The rest are highly questionable.

There's no way that Steve Birnbaum, Kendall Waston, Matt Besler, and Ridgewell have been better than Hedges or Sjoberg this season, or even Drew Moor for that matter. The inclusion of Andrew Farrell is rather comedic as well, but he'll probably play right back in the second half of the game. The necessity of certain positions affects these selections, and that's probably another reason why Vincent is in there. The All-Star Game is always a frustrating exercise in finding a worthy left back.

The midfield is alright. Thank God Garber picked Mauro Diaz for this game. Any reasonable supporter base would have voted Diaz into the fan XI, but this is Dallas we're talking about here. Giovani Dos Santos has been great this year, and Nacho Piatti is the best of this group, but most of these other guys are just big name players who have been average this year. Kaka? Pirlo? Beckerman? At least Sacha Kljestan finally got some recognition from an American coach.

The forward line is basically what you would expect. Giovinco has been a bit down lately, but he has to be in there alongside David Villa, who looks like league MVP at this point. Clint Dempsey's inclusion is a joke (the Sounders deserve no all-stars), and at least three other forwards have been better than Cyle Larin and Chris Wondolowski this year. (Fanendo Adi, Bradley Wright-Phillips, and Chris Pontius)

Anyway, no problem with the goalkeepers here. Blake and Bingham have been excellent this year, but I'd also give a shout to David Ousted, Luis Robles, and Zac MacMath. Bill Hamid would be on there if he hadn't been injured. 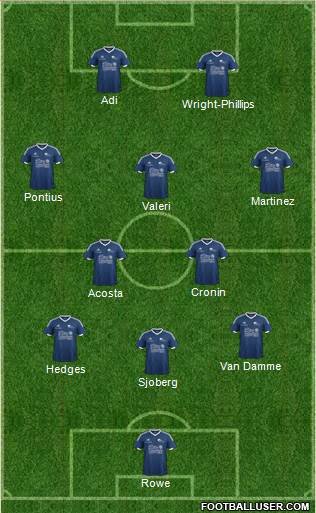 All of that said, here's my MLS All-Star snub team:

Yeah, the formation looks goofy, but I just think it's been a bit of a down year for fullbacks. You could probably include Ronald Matarrita, or R.J. Allen, or Tony Beltran, but overall I feel like the league has a stronger crop of center backs in 2016.

Hedges is perennially underrated because he plays for Dallas. Sjoberg similarly starts for a small market team. Jelle Van Damme is anchoring the second best defense in the league and he has an excellent young partner in Daniel Steres.

For goalkeeper, I went with Brian Rowe, just because his numbers are phenomenal right now. He's near the very top on goals against average and save percentage. You could make a case for MacMath, Robles, and Ousted as well, as I mentioned before. There are a number of good choices at this spot.

The holding midfield pair of Cronin and Kellyn Acosta is pulled from the two best teams in the league. It's hard to describe the value of a defensive midfielder to the average person because there just aren't any quantifiable statistics to present. That's the problem we've been having with Brian Carroll since 2004. The only way to truly value a d-mid is to watch the games from start to finish, and these two pass with flying colors.

The midfield line speaks for itself. Diego Valeri's snub is mind boggling. Chris Pontius is scoring goals, adding assists, drawing penalties, and also doing a lot of two-way defensive work that most people aren't aware of. "Burrito" Martinez doesn't have the same numbers as a Michael Barrios, or Fabian Castillo, or Kevin Molino, but he destroys the eye test and really brings a dynamic element to the Salt Lake attack.

Up top, it's Fanendo Adi and Bradley Wright-Phillips, who each have more combined goals and assists than Chris Wondolowski, Clint Dempsey, and Didier Drogba.

Anyway, this could go on forever.

I do understand the different elements of the MLS All-Star Game. After all, this is an exhibition game and a showcase of talent for a burgeoning brand. You do need to recognize the marketing opportunity. You do need veteran international players with experience in these kinds of games. You do need to let the fans get involved.

But we also need to recognize players based on merit, and that's the job of the media.