Mob Talk: Wiseguys on the trail of $500 million of stolen art? 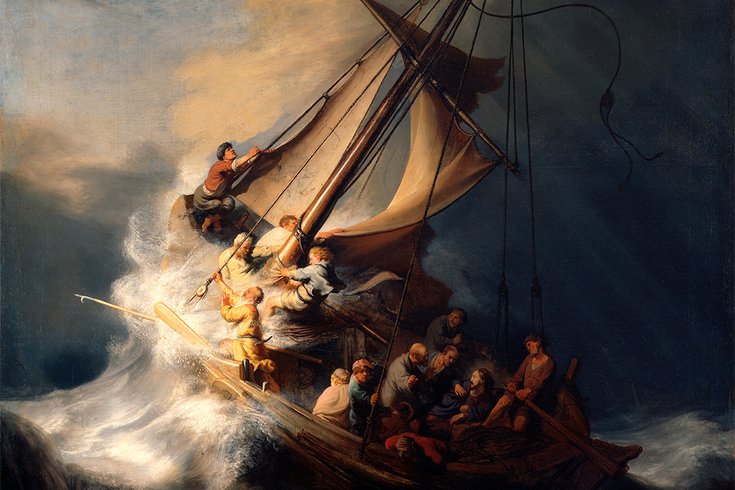 "Christ in the Storm on the Sea of Galilee, painted by Rembrandt Van Rijn in 1633, was among 13 artworks stolen in 1990 from the Isabella Stewart Gardner Museum in Boston. Wiseguys from Boston to Philly are chasing a $10 million reward.

In the latest episode of Mob Talk Sitdown, veteran journalists George Anastasia and Dave Schratwieser are hot on the trail of $500 million of stolen art. The 1990 theft of 13 works from the Isabella Stewart Gardner Museum in Boston was the biggest art heist in history. Now wiseguys from Beantown to the City of Brotherly Love are chasing a $10 million reward and denying they were involved in the caper. Could one man hold the key to solving the case?

In Episode 8, Anastasia and Schratwieser present an exclusive interview with a former wiseguy who talks for the first time on YouTube about a gangland hit caught on video and audio tape by the FBI. He takes viewers inside this bloody, attempted hit-gone-bad that targeted a top-ranking mobster. Who carried it out and what was the motive?