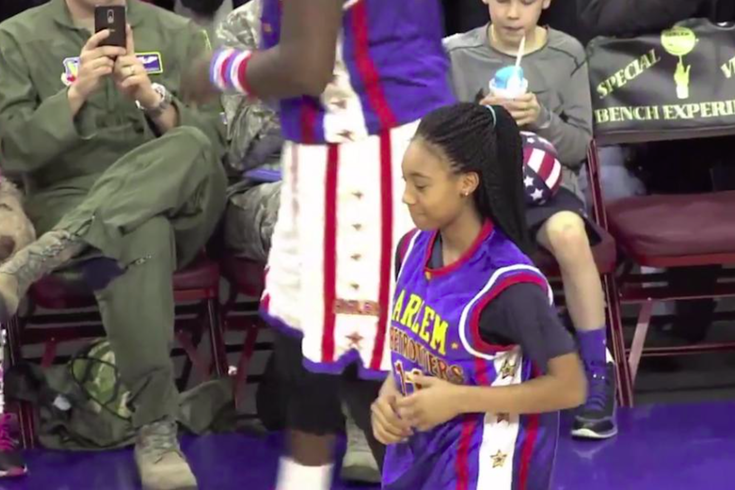 For a teenager, Mo'ne Davis has had her share of accomplishments in the sports world, with her most recent being an appearance on the court with the Harlem Globetrotters Sunday.

For a teenager, Philadelphia's Mo'ne Davis has had her share of accomplishments in the sports world.

Pitching for the Taney Dragons, she was the first girl to win a Little League World Series game. She told admirers that if they thought she was good at baseball, they should see her play hoops. Davis earned a roster spot on her high school's varsity girls' basketball team as an eighth-grader.

In the first quarter of the All-Star Celebrity Game this year, Davis spun past MVP Kevin Hart for a layup that had everyone talking about her future playing basketball.

So when the Harlem Globetrotters came to Philadelphia on Sunday to take on the Washington Generals again, the Generals tried to pull out a secret weapon - Davis.

The plan backfired when she quickly switched teams to join the Globetrotters, putting up a quick five points with a 3-pointer and an impressive layup.