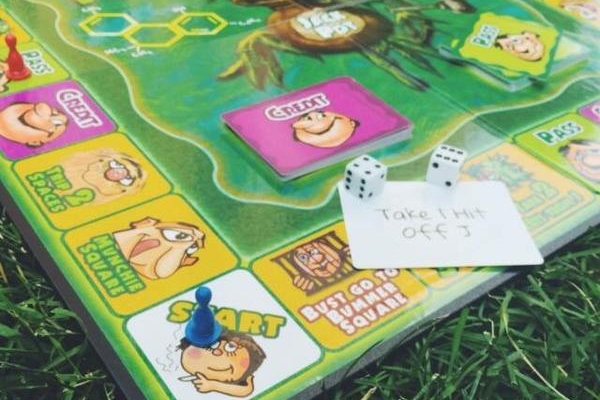 The Pass The Grass board game.

A man from Montgomery County has created the perfect board game for stoners.

CBS Philly reports that Paul Greenwald, a retired dentist from Huntingdon Valley, first came up with the idea for the game in the 1970's and began working on it again after Colorado became the first state to legalize the recreational use of marijuana in 2012.

The game, called Pass The Grass, is meant for people to try and win, but also enjoy some substances in the process:

The object of Pass The Grass is to make your way around the board while deftly executing the required tasks, getting high as a Georgia pine. The way you win is to play quickly and orderly, and of course, be the last one rolling the dice! But if you play correctly, everyone’s a winner with Pass The Grass. Hey, man, pass those munchies!

Greenwald told CBS that the game is meant to be played in the 23 states where recreational and medical marijuana are legal. While recreational use is not legal in the tri-state area, medical pot is in Delaware and New Jersey, and possessing and smoking the drug has been decriminalized in Philadelphia.

The game is available for purchase on Amazon for $24.95, and can be purchased as an app for Android-based computer tablets for $1.99.