Greg Scott, 28, dons the robes as a district justice for the first time on Monday 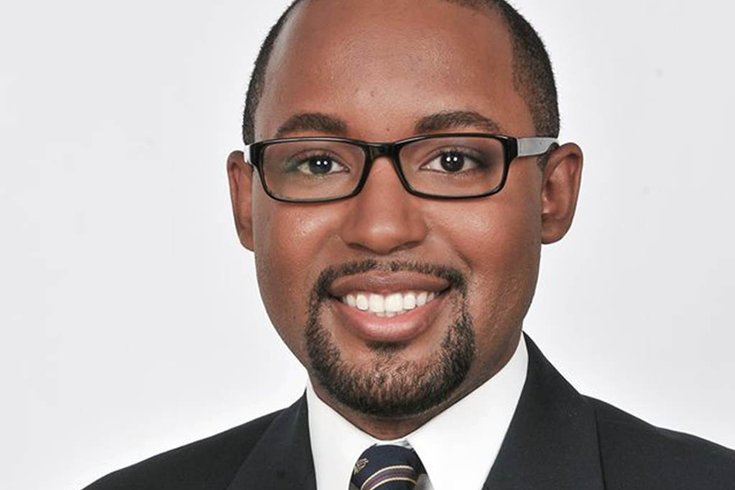 And no one's more excited about it than Greg Scott, the Norristown native who will take the bench – at the age of 28 – as magisterial district judge in the 38th Judicial District of the Commonwealth of Pennsylvania.

In fact, Scott said, his election victory didn't feel real until recently – when his judicial robes arrived in the mail.

"I really just want to be able to keep things fair and let people have their voices heard." – Greg Scott, 28

During an interview Thursday, Scott said he's excited to become district justice in a community where he has lived his entire life. The 38th district, he said, comprises about 20 blocks, stretching from "where I grew up to where my home is now."

"I'll know all these people," he joked. "This is going to be a very unique situation."

Still a millennial, Scott said he understands that some might question his experience. But his youth, Scott is quick to point out, doesn't mean a lack of experience.

"You shouldn't box somebody in because of their age," he said. "I'm one of those people that, when I get interested in something, I dig in deep."

Since a young age, Scott's been involved in the community, serving as Norristown’s first Junior Borough Councilman, and volunteering with the Norristown Fire Department and then as emergency medical technician with the Plymouth Community Ambulance Association. He's currently an active member of the Fairmount Engine Company.

At the age of 11, Scott said he wrote a letter to President Bill Clinton asking about healthcare issues, for his mother. Later, on a visit to Philadelphia, Clinton made a point to meet Scott. They discussed politics over a meal.

"I still have the napkin from that dinner," he said.

Not long after, Clinton even visited his classmates at Norristown High School, Scott said.

Those encounters with politics and seeing how elected officials perform community service left an imprint on him that he's carried since his youth, Scott said.

And, when he takes the bench, Scott said, he hopes to carry that love of community service through his role as a judge.

"I really just want to be able to keep things fair and let people have their voices heard," said Scott.

Scott's no stranger to the county legal system, serving as an intern in the Montgomery County Court of Common Pleas and as a clerk to a magisterial district judge.

In his experiences, Scott said, he observed a district judge who treated the position like a part-time job, and only came into court one day a week. Scott will treat the position differently, he said.

"For me, this will be a full-time job," Scott said. "And, if you look at my career choices, you'll see it has all been connected to helping people."

"I'm really excited to be able to perform weddings," he said.

Contrary to his opponents' claims during the campaign that the judgeship would just be a "stepping stone" for Scott as he builds a career in politics, the millennial has no current aspirations beyond district judge.

Instead, he said, he's looking forward to taking on the job and working to support the people of his district.

"I'm a man of faith, and I feel like I'm supposed to be doing this right now," said Scott. "I'm going to be doing this for the next six years and, hopefully, I'll get re-elected and do it again for another six years."