James Alden, 62, may have been the target of a hate crime 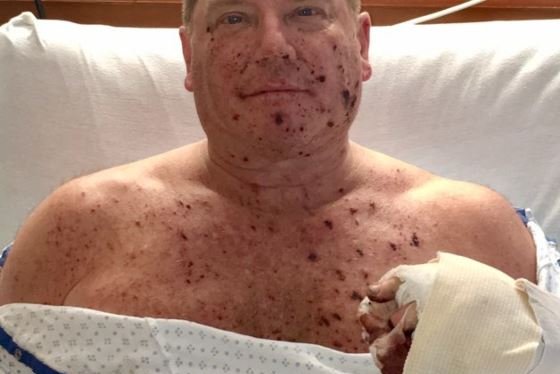 James Alden, 62, the victim of an envelope bomb sent to his home in Philadelphia on Nov. 22.

More than $9,500 and counting has been raised for James Alden, the 62-year-old Philadelphia man who was injured by an envelope bomb sent to his home on Nov. 22.

Alden is an active member of Philadelphia's LGBT community who is "open about his orientation and political views," according to a description on the YouCaring fundraising page. Police are continuing to investigate whether the incident was a hate crime.

According to police, Alden and his 32-year-old partner live in the apartment on the 1800 block of Pine Street where the manila envelope containing the bomb was delivered. The device inside exploded when Alden opened it on the morning of Nov. 22, causing injury to his chest, face and hands.

As a result of his injuries, he's reportedly lost parts of two fingers on his left hand and has undergone surgery on that hand, including the installation of several rods to stabilize multiple broken bones.

Alden will need to undergo more surgeries on his hand. While he does have health insurance, the cost of medical copays coupled with being out of work are putting a strain on his finances.