The reason could be the state's high average student debt 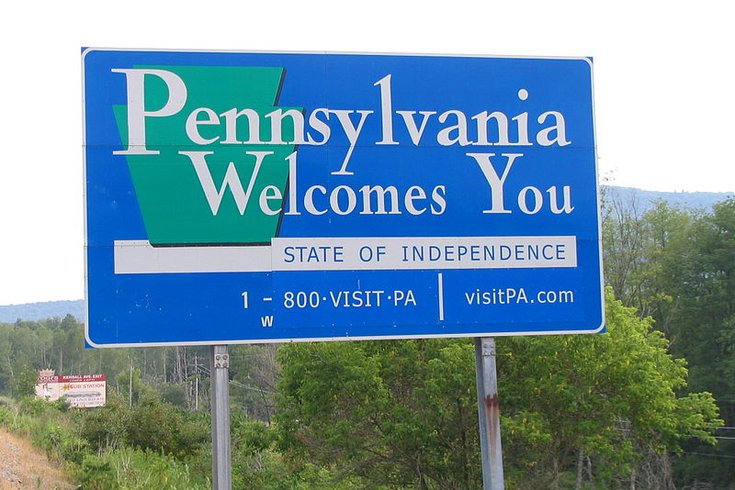 Philly and Pittsburgh draw in millennials like magnets, however, Pennsylvania as a whole is having trouble retaining educated members of the generation.

The Pennsylvania Independent Fiscal Office said in a monthly trends report for April that while 34,000 people aged 20-35 with at least an associate's degree moved to the state in 2015, 47,000 left.

Where are they going? The top destinations for Pennsylvania's young adults with a college degree were, in order, California, New York, North Carolina, New Jersey and Maryland.

The IFO lends a possible explanation for the numbers. Pennsylvania's average student debt is among the highest in the nation. Therefore, many move back to their home states after graduation to save money.

The outflow could also be attributable to graduates moving back home after college. The U.S. Census Bureau reported last week that one-third of people aged 18-34 live at home. Pennsylvania ranks 2nd highest in the nation for student debt. For PA graduates with student debt, the average debt level is $34,798. The outflow of individuals leaving Pennsylvania includes those moving home after graduation to save money. Without rent or mortgage payments, more income can be used to pay down student loans.

While the overall ratio slants toward exodus for the Keystone State, more educated millennials were moving in from New York and New Jersey than there were moving from Pennsylvania to those states. 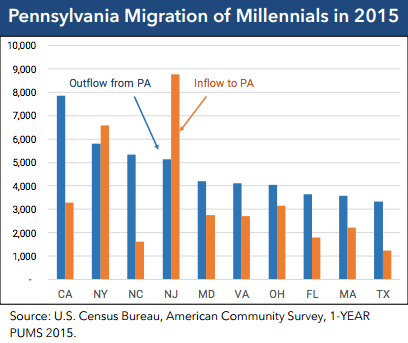 This chart from the Independent Fiscal Office shows the influx and outflow of millennials with at least an associate's degree in Pennsylvania.

New York and New Jersey have higher tax rates and less affordable housing, which could account for Pennsylvania's net inflow from those two states, the IFO explains.


"Despite the tendency for individuals with a higher education to move to urban or coastal areas, this inflow could reflect a new trend of graduates in search of a lower cost of living, which can be found in Pennsylvania," the report reads.