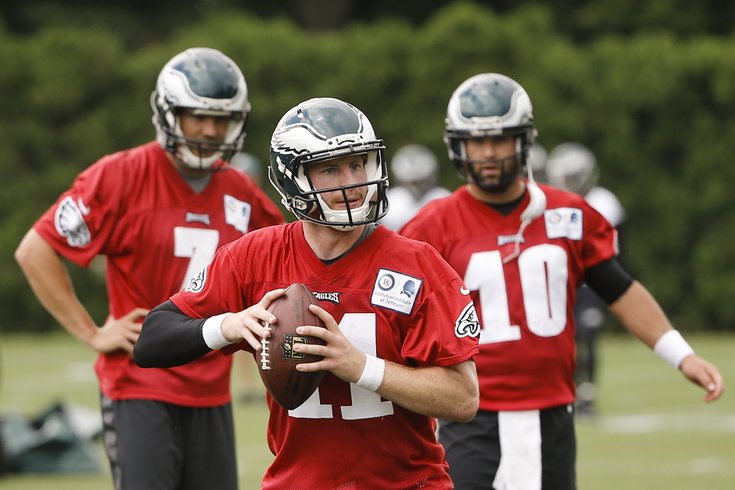 Last weekend, on a reader email request no less, we took a look at the Eagles' eight rookie draft picks and projected how much they might see the field in 2016. Under Carson Wentz, we wrote:

In a best case scenario, the Eagles would love to be competitive in 2016 with Sam Bradford having his best season as a starter (not a high bar). That will make it easier for Howie Roseman to flip Bradford for a decent draft pick during the 2017 offseason.

It's very clear the Eagles want to be extremely patient with Wentz, a player they view as the long term centerpiece of the franchise, but not in any way some kind of short term fix.

Even if Bradford gets hurt, count on pricey backup Chase Daniel to take over the reins as the starter. There's a very good chance Wentz won't even dress on game day, as teams typically only keep two quarterbacks active.

That last sentence about Carson Wentz potentially not dressing on game day blew up. It got picked up by NBC's ProFootballTalk, CBS, Sports Illustrated, etc, etc, etc, and was discussed widely on local and national sports radio.

It was received by the public with a wide variety of reactions, ranging from "No sh**, Sherlock" to "Lol Eagles" to "Whaaaaat? You crazy, son!"

The latter would describe the reaction of Peter King of Sports Illustrated, who wrote the following in his weekly Monday Morning Quarterback column:

I think June 26 is probably a tad too early for the Eagles to be thinking there’s a good chance Carson Wentz won’t be active on game days this fall, as Jimmy Kempski of PhillyVoice reported over the weekend. Think of that. You’re going to redshirt the second pick in the draft all year behind the immortal Chase Daniel? I’ll believe that when I see it, thanks.

Ooooooh, he punctuated it with a "thanks." I think that means I got owned. Crap.

First, we should note right off the bat that teams simply don't keep three quarterbacks active on game day anymore ever since the NFL rightly got rid of its dumb "emergency quarterback" rule.

Certainly, you could keep a third quarterback active on game day if you want to waste a roster spot, but the Eagles nor anybody else is going to do that.

If you're buying what I'm selling here, that means the Eagles will have two quarterbacks active on game day this season. Let's show that in graph form: 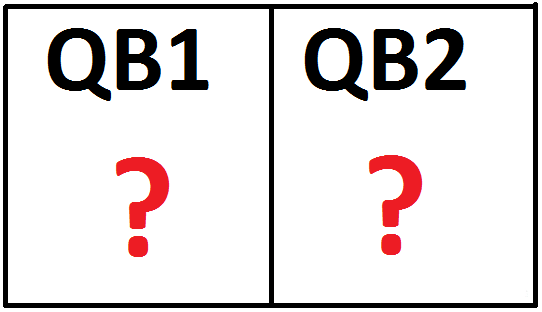 Now, let's figure out who will occupy both spots.

Barring some drastic event, Sam Bradford is going to be the Eagles' starter in 2016

We've already come around to the idea that Sam Bradford is going to be the starter this season, right? Obviously, he could get hurt or get mad again and go home I guess, in which case the quarterbacks behind him on the depth chart would move up a peg. But as is, the Eagles have screamed from the mountaintops any chance they have gotten that Bradford is the 2016 starter.

So that's one of the two quarterback roster spots on game day accounted for so far. We'll show that in graph form: 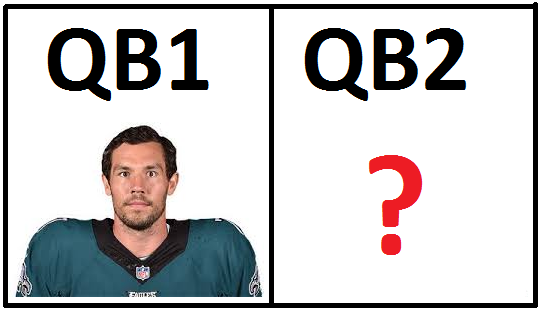 With me so far? Good? Good.

Chase Daniel is going to be the backup

This offseason, the Eagles signed Daniel to a $21 million contract, $12 million of which is fully guaranteed. According to overthecap.com, Daniel is the highest paid backup quarterback in the NFL, with the exception of Nick Foles, who the Rams paid with the idea in mind that he would be their starter. Daniel is also making more money than a number of projected 2016 starting quarterbacks across the league.

It would be a colossal failure on the Eagles' part if they paid Daniel the way they did and he didn't dress on game day.

To date, throughout OTAs and minicamp, Daniel has looked sharp, and the Eagles' coaching staff has praised his play on the field. Daniel's role on this team feels clearly defined. He'll back up Sam Bradford initially, and then whenever the Eagles feel that Wentz is ready to play, Daniel will back up Wentz. Should Bradford get hurt, the assumption here would be that Daniel would start and Wentz would become the short-term No. 2. But in the short term and long term, barring unpredictable circumstances like injuries and/or temper tantrums, Daniel is the 2.

So let's update that graph: 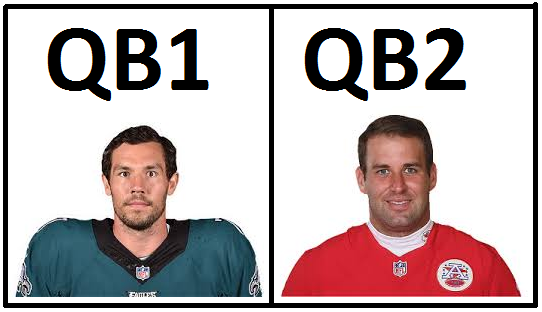 So then what about Wentz?

Well, as noted above, ever since the Eagles selected Carson Wentz with the No. 2 overall pick, they've made it clear that they want to be extremely patient with him. Wentz is a player the Eagles view as the long term centerpiece of the franchise, but not in any way some kind of short term fix.

Could Wentz beat out Bradford if he outplays him in training camp? In theory, yes, I suppose. However, it would have to be so far beyond obvious that Wentz is ready to go that the Eagles would be willing to absorb the embarrassment of paying either Bradford or Daniel the way they did this offseason for them to hold a clipboard in street clothes.

During OTAs and minicamp, Wentz had some very impressive moments, making plays that Bradford and Daniel could never make in their dreams. That's what the Eagles have to look forward to for the future.

Other times, he looked like rookie, as you would expect. That's why you would want to be patient with him and let him grow as a quarterback.

If indeed Wentz is inactive Week 1 against the Cleveland Browns, there is sure to be outrage that the Eagles are letting the No. 2 overall pick in the draft collect dust on the sidelines.

There shouldn't be. The Eagles are in a situation in which they have two competent quarterbacks already on the roster. On a team that is highly unlikely to compete for a Super Bowl this season (and probably next season) anyway, what's the rush?

As the season progresses, might there be a scenario that develops in which it makes sense for Wentz to be active in favor of one of the other two quarterbacks? Sure. But as it currently stands, barring those developments, Wentz watching in street clothes is by far the most likely scenario, as is.

On Monday, Howie Roseman joined Michael Barkann and Ike Reese on the "Mike and Ike Show" on 94.1 WIP. Roseman was asked about my "report."

That is correct. It was indeed just my assumption...

...based on common sense.