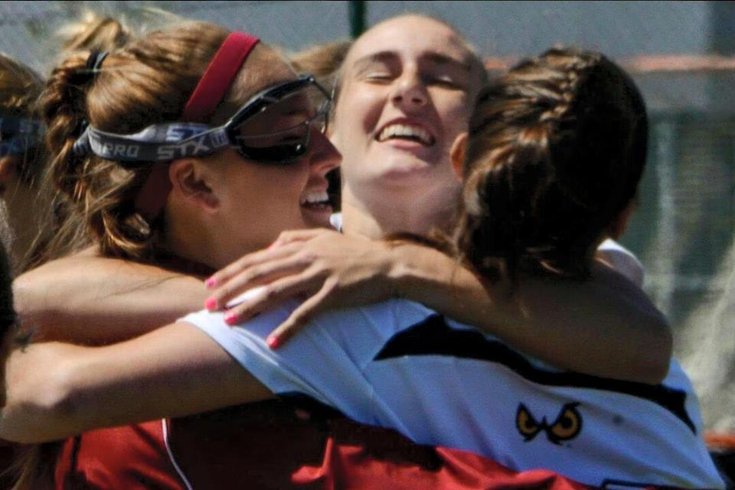 Kathy Hall was in the front row at Temple University's commencement ceremony on Friday to accept a diploma on behalf of her daughter, Rachel, who remains on life support following a hit-and-run accident in North Philadelphia on April 29.

Hall, 22, was riding her bicycle around 7:25 p.m. on April 29 when she was struck by a car whose driver, 18-year-old Rashan Roberts, fled the scene of the accident before turning himself in to police the following morning.

Hall grew up in Mullica Hill and attended Clearview Regional High School before studying criminal justice at Temple, with career aspirations in law enforcement. She also played goalie for the women's lacrosse team and was a member of the Improv Club, maintaining a GPA above 3.5 throughout her eight semesters at

During Friday's ceremony at The Liacouras Center, Rebecca T. Alpert, senior associate dean of Temple's College of Liberal Arts, said that Rachel was "with us in spirit" as she recovers from her injuries, NJ.com reports.

Kathy Hall received a standing ovation upon taking the stage to accept Rachel's diploma. She elected not to speak publicly and accepted condolences from students passed by on the way to the stage.

I purposely did not post anything on Thursday and Friday. These two days were for Rachel’s friends who were graduating from Temple University. Graduation was a day for their joy and happiness. I know Rachel was in their thoughts and there in spirit. I was talking to Rachel throughout the day, I know she was there. I congratulate the Temple Owls Class of 2015!

I did attend the ceremonies and even though it was quite emotional and rather surreal, I am glad I did in order to accept the items on my daughter’s behalf. Rachel’s diploma, honors cord, and athletic sash, along with the programs are displayed in her hospital room with pride. I told her all about the events and even though she is still unconscious, I feel she heard me.

On Thursday, I placed Rachel’s cord and sash on her chest and put her cap and tassel on her heart and interestingly later that evening, Rachel took a few breaths on her own. She is still on a breathing machine but a few breaths are in a positive direction.

On Friday, I showed her the diploma and around 3:00 in the morning she started to move her legs. I believe she can hear me and I believe she wants to jump out of bed and start her new phase in life as a college graduate. Her recovery will be a long and slow process, but those many small steps will definitely move Rachel in the right direction. Thank you so much for all your prayers. They are definitely working.

Rashan Roberts, who was driving with a learner's permit on the night of the accident, has been charged with death and/or injury with no license and faces a minimum 90-day sentence as a result of the third-degree felony charge.

According to the Facebook page, the Temple University Community will hold a small vigil at the Bell Tower on May 11 at 8:00 p.m.