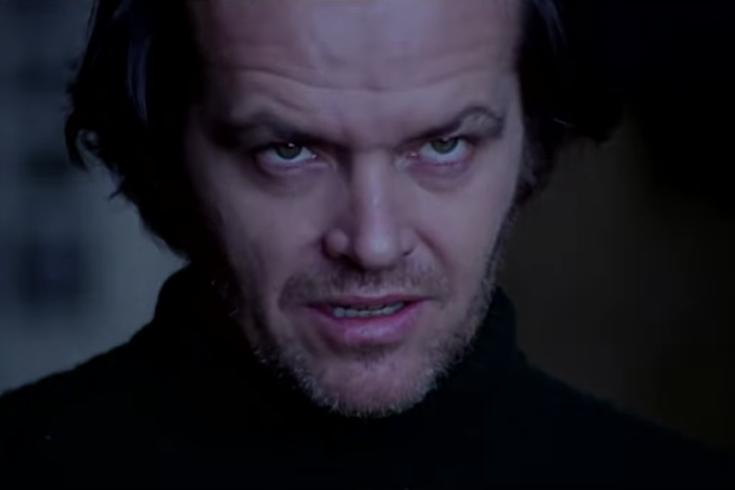 Jack Nicholson stars in the 1980 adaptation of Stephen King's 'The Shining,' which tells the tale of a family that becomes the caretakers of a secluded Colorado resort and descends into madness.

In times of crisis – and self-quarantine – there are really two directions you can take when it comes to killing time. You can become a total escapist, delving into the stuff that transports you out of reality and into fantastical other worlds – think Harry Potter – or face your fears and go deep into the films and books inspired by end times, apocalypses and plagues.

After tapping into this list of stranger-than-fiction watches and reads, a few weeks of staying home because of the coronavirus and bingeing on Netflix may actually seem like a welcome relief:

In perhaps the most eerily COVID-19-like film to date, Gwyneth Paltrow plays a woman who travels from Hong Kong to the U.S. only to discover she’s got a lethal microbe. To make matters worse, a blogger (played by Jude Law) helps create a global panic in this haunting 2011 flick by Stephen Soderbergh. Hulu subscribers can stream "Contagion" for free, and it can be purchased or rented on other sites.

Ever see the one about a dangerous airborne virus that threatens all of civilization after a monkey is smuggled into a California town? This medical disaster film from 1995 includes Kevin Spacey, Dustin Hoffman and Cuba Gooding, Jr. long before those pesky #MeToo allegations. Netflix subscribers can stream "Outbreak" for free – it has been among the streaming service's Top 10 most popular movies all week. The film also can be purchased or rented on other sites.

Based on the popular video game series of the same name, this film revolves around a virus that turns the staff at a secret facility into hungry zombies. In order to protect the world from nothing short of impending doom, an elite military team must try and hack the computer system to contain the disease. Did I mention there are zombies and Milla Jovanovich? "Resident Evil" is available for purchase or rent on multiple sites.

The 2002 film follows a man who wakes up after being in a coma for a month to find the city of London deserted save for a few rag-tag survivors and a pack of very mean-looking zombie-like victims of the “Rage,” a virus that was spread after animal rights activists freed a monkey from a lab. Hulu subscribers can stream "28 Days Later" for free, and it can be purchased or rented on other sites.

Speaking of monkeys, this 1995 Terry Gilliam movie, which was filmed in Philly, features Bruce Willis as a guy who goes back in time to gather info about a plague that pretty much killed the majority of the world’s population. Bonus: Brad Pitt gets real as a manic soothsayer. Hulu and Sling subscribers can stream "12 Monkeys" for free, and it can be purchased or rented on other sites.

While more of a catastrophe than end-of-times film, there are some very valuable lessons here about what lengths people will go to survive a worse-case-scenario-type situation on the high seas. Shelley Winters delivers quintessential 1972 camp. "The Poseidon Adventure" is available for purchase or rent on multiple sites.

The miniseries, which was based on the 1978 book by Stephen King, is set in a post-apocalyptic world after a deadly plague wipes out most everyone from earth. Both the film and book present a very classic struggle of good against evil in a frighteningly plausible situation that involves the flu, biological warfare and total pandemic. "The Stand" is available for purchase on Vudu.

Also set in the post-apocalypse, the 2009 film, based on Cormac McCarthy’s 2006 novel of the same name, follows a man (played by Viggo Mortensen) and his son as they set off on the ultimate survival adventure across an American wasteland. "The Road" is available for purchase to Amazon Prime subscribers.

"Shaun of the Dead"

Looking for a little levity? This hilarious take on a zombie apocalypse from 2004 is centered on an English everyman (played by Simon Pegg) who is just trying to make it to a London pub before he’s eaten by the undead. Hulu subscribers can stream "Shaun of the Dead" for free, and it can be purchased or rented on other sites.

Another lethal virus is spreading through all the land in this Brad Pitt flick from 2013 that’s based on the novel by Max Brooks (son of Mel Brooks). This time, the plague is turning ordinary people into vicious monsters who must be destroyed before they take over the world. There’s also a popular video game series of the same name. Hulu subscribers can stream "World War Z" for free, and it can be purchased or rented on other sites.

Albert Camus’ masterpiece from 1947 tells the story of a plague sweeping the French city of Oran with no shortage of philosophical questions about the nature of the human condition. It’s ultimately a book about survival and morality.

The 2014 novel by Emily St. John Mandal tells the story of a fictional flu epidemic that devastates the world save for a group of actors who must traverse civilization’s collapse in order to rediscover themselves.

"The Masque of the Red Death"

Edgar Allan Poe’s Gothic Horror fiction from 1842 has it all: a plague, a masquerade ball and very rich people scrambling not to die. Philly connection: Poe lived and wrote in the city for six years in what is now the Edgar Allan Poe National Historic Site on North 7th Street. Vincent Price stared in the 1974 movie adaptation. "The Masque of the Red Death" is available for purchase on Vudu and Amazon Prime.

The film from 1993 (loosely based on the more famous Invasion of the Body Snatchers from 1956) rethinks the notion of environmental protection after its discovered that people working on a military base are being switched with people grown in plant pods. Hulu subscribers can stream "Body Snatchers" for free, and it can be purchased or rented on other streaming services.

Will Smith is a scientist who survives a man-made plague in this 2007 film in which New York City is turned into a post-apocalyptic landscape. It’s here – like the total wasteland that was Times Square – where bloodthirsty mutants try to stop Smith’s character from finding a cure that could save what’s left of humanity. Fubo TV subscribers can stream "I am Legend" for free, and it can be purchased or rented on other sites.

"Life as We Knew It"

This young adult novel from 2006 by Susan Beth Pfeffer follows a high schooler and her family as they retreat into their home after a series of catastrophic natural disasters force them to work together to stockpile essentials to survive. It’s told in a series of suspenseful fictional journal entries.

A house party in New York City gets turned on its head when out of nowhere a creature descends from the sky in this 2008 thriller. A terrified group of friends, armed with a handheld camera, face an uncertain future as life as they know it crumbles around them. Netflix and Fubo TV subscribers can stream "Cloverfield" for free, and it can be purchased or rented on other streaming sites.

The granddaddy of all hibernation horror stories is the 1980 Stanley Kubrick film based on Stephen King’s novel in which a family becomes the caretakers of a secluded Colorado hotel in the middle of winter only to be plagued by premonitions of madness. Jack Nicholson gives a memorable (and totally camp) performance as a writer who goes off the rails. King actually hated the film adaptation, which has become an important cinematic touchstone for several generations of horror fans. "The Shining" is available for purchase on iTunes, Google Play, Amazon Prime and other sites.