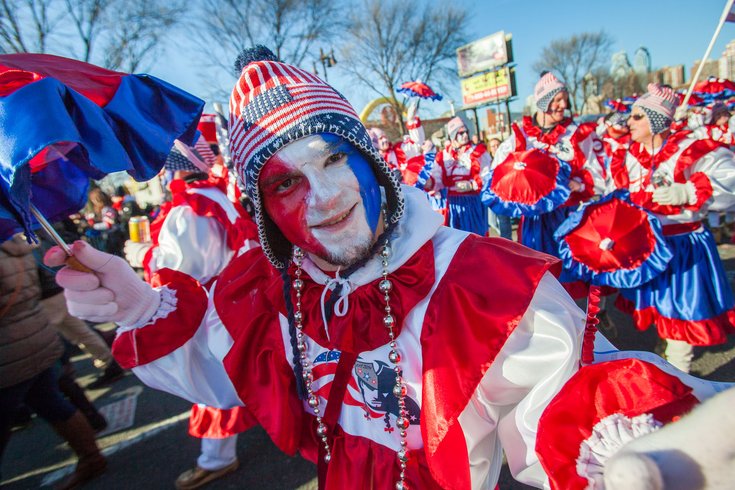 The Mummers Parade will march on New Year's Day as planned.

Organizers announced the decision on Saturday afternoon, quelling speculation that the parade may be pushed back because of a bitter cold New Year's forecast.

The heads of the five Mummers divisions – string bands, fancy brigades, wench brigades, comic division and fancy division – met Saturday to vote on the matter. They voted, 3-2, to play on Monday as planned.

The Philadelphia Mummers String Band Association was one of two divisions to vote in favor of postponing the parade, citing safety concerns for marchers and spectators.

"However, with an overall vote of 3-2 in favor of marching on New Year's Day from all parade divisions, the String Band Division will proudly participate in this year's parade," a statement from the association read.

Our statement on the 2018 Mummers Parade. #Mummers pic.twitter.com/bTQRAmvIi1

Prior to Saturday's announcement, organizers and city officials met Thursday to discuss possibly rescheduling the parade to next Saturday, Jan. 6, which would've marked the first time the parade was postponed because of cold weather.

Some marchers who supported postponing the event said this week that the deep freeze would pose a safety issue for young and elderly marchers or spectators participating in the day-long event. Some said brass horns can freeze up in bitter weather, and that the temperatures would be uncomfortable for banjo players who can't play with gloves on.

But the city appeared to oppose the move.

The parade has been postponed more than 20 times because of wet or snowy weather – most recently in 2007 – and canceled twice in 1919 and 1934. But such moves were typically made because of rain or snow.

Assistant Managing Director Leo Dignam told the Inquirer on Thursday that the parade would happen Monday, "barring any freak storm."

“It’s a high of 25 next Saturday. So, pick your poison,” he told the newspaper.

As of Saturday afternoon, the National Weather Service called for a high of 21 degrees on New Year's Day in Philly, with temperatures likely to be well into the teens when the parade gets underway at 9 a.m.

Wind chills could make it feel like the temperature is in the single digits or even below zero.

So for spectators planning on heading into town for the 117th annual parade, bundle up. Monday's parade could mark one of the coldest in recent memory.

A schedule and route map posted by the city can be found here.