'Texts and Visions of Ukraine' was put together with the help of Mural Arts and is being held on Friday, April 8 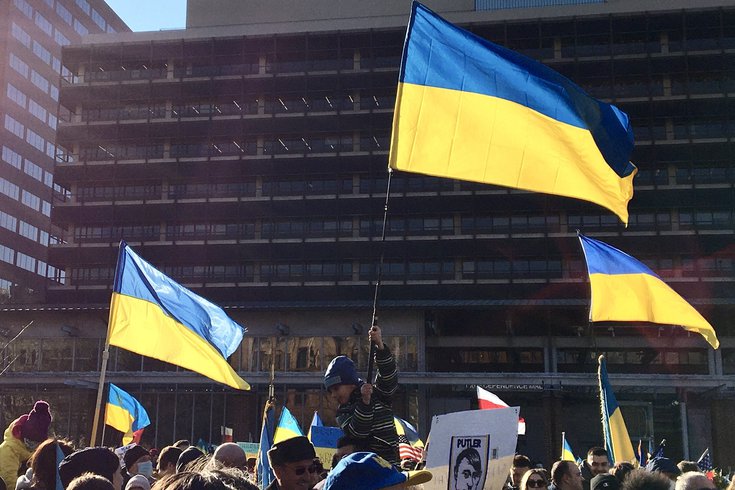 Join Mural Arts at the Ukrainian League of Philadelphia on Friday, April 8 for an art installation and fundraiser to support Ukraine. The event is free, and light refreshments will be provided.

Mural Arts is partnering with the Ukrainian League of Philadelphia for an art installation and a discussion about the impacts of Russia's invasion of Ukraine.

On Friday, April 8, "Texts and Visions of Ukraine" will be hosted by Fulbright Scholar Rimma Milenkova and digital archivist Irina Glik. The event will highlight art and photography by Ukrainian artists in order to provide context on the war.

RELATED: Celebrate Easter with brunch service at these Philly restaurants and bars

Visitors will be able to make posters to show support for Ukraine and listen to poems written by Ukrainian poets Ivan Malovych, Lyuba Yakimchuk and Serhiy Zhadan. The poetry will be presented by musician Yaryna Yakubyak and Columbia professor Mark Andryczyk. 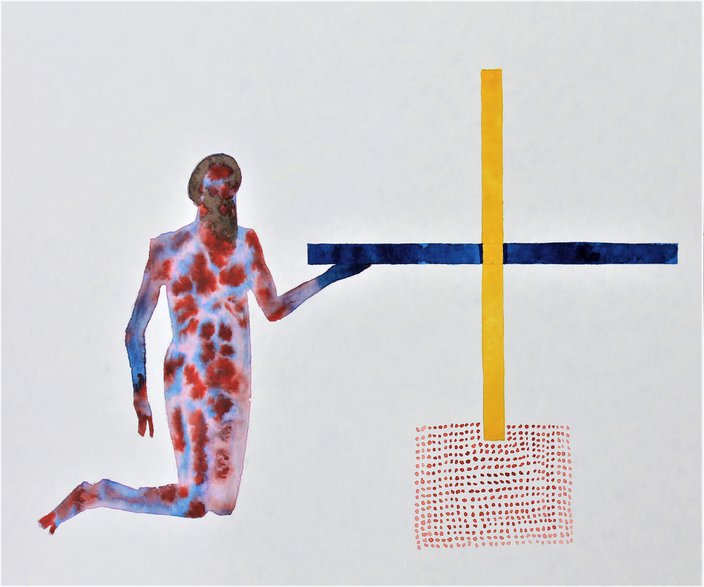 Much of the art featured at the installation was made as a response to the war, in the bomb shelters of Ukraine in the early days of the invasion. Above is 'Holding A Cross,' made by Danylo Movchan in Lviv.

Yakimchuk, a poet originally from Donbas, Ukraine, fled her home country just days before joining R&B singer John Legend on stage at the Grammy Awards on Sunday night. She read one of her poems while Legend performed his latest single, "Free," as a show of solidarity.

The themes of the art and poetry showcased during the fundraiser include Ukrainian culture and identity, the casualties of war, peace, resistance, and resilience.

Lyuba Yakimchuk, a poet from Donbas, Ukraine who fled her country just days ago, performs with John Legend at the #GRAMMYs. pic.twitter.com/aBxsN6n9PD

Natalie Nakoneczny, president of the Ukrainian League of Philadelphia, will conclude the fundraiser by discussing ways to respond to the war in Ukraine and support its people – including refugees expected to arrive in Pennsylvania over the next year as the humanitarian crisis worsens.

The event is starting with Poster-making at 6:30 p.m. and the art installation and projection will begin at 7:30 p.m at 800 N. 23rd St. Each poem will be presented in Ukrainian, along with its English translation.

Refreshments are being served and donations will be accepted.

Texts and Visions of Ukraine