Natalie Egenolf: Philly fans have lots to be thankful for... 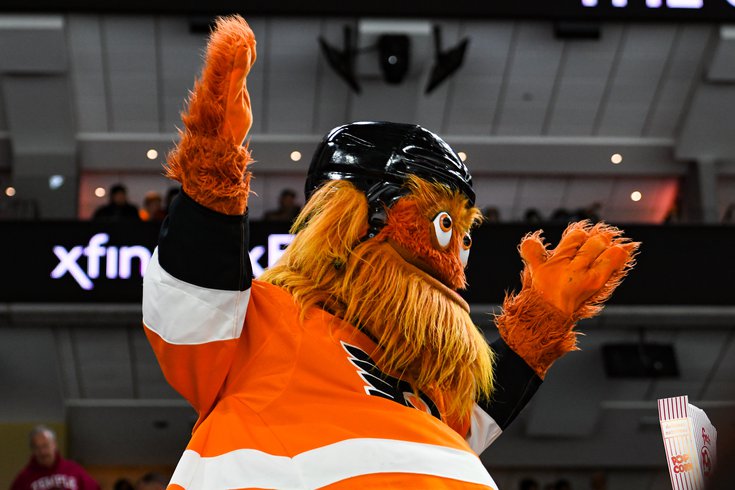 The holiday season has arrived.

With Thanksgiving one week away, it’s time to reflect on things we are thankful for in our lives. We spend an enormous amount of time discussing the negatives of Philadelphia sports but this is a perfect opportunity to express gratitude for the positives. Here are a few things we can all be thankful for this year.

Gone are the days of hot dogs, nachos, and soft pretzels as the sole options for eating at a game. With the recent upgrades at the Wells Fargo center, you can grab a slice of Lorenzo’s the size of your head, enjoy a burger and shake from Shake Shack, and non-meat eaters like my co-worker Tyrone Johnson can even enjoy a cheesesteak made from Beyond meat (which he highly recommends). Craft beer enthusiasts and sommeliers alike can also rejoice at all of the options available outside of your standard beers. The sporting event experience in Philly is above and beyond what it used to be and we should all be grateful there’s something for everyone.

Yes, mascots. We may not win every game but as a city we are leaps and bounds above every single other city when it comes to team mascots.

• The Phanatic is a 40 year old MLB institution.

• Franklin the Dog could be considered the coolest NBA mascot just on his Instagram alone, not to mention his incredible athleticism.

• Swoop holds it down as a solid representation of the Eagles.

• And how could we not be thankful for Gritty. One year with Gritty who continues to break the internet with his viral videos to bring joy to others nationally. Let us all be thankful for these creatures for putting smiles on our face.

These 5 athletes make up the star core of Philadelphia sports. While you may find yourself frustrated with them at times, we are better with them than we are without them (I promise). Think about the alternative to NOT having these guys in Philly. Where would we be? Who would be on the team?

I sleep better at night knowing that the baseline of talent is solid. It may not always be executed flawlessly but the talent is there and for that our gratitude glasses should be half full.

It’s a badge of honor to be a Philadelphia sports fan across the world, and we consistently, always represent better than any other fan base. Sometimes, we may be a bit crass, but at the end of the day there are reasons players continue to stay here after their careers are over. We’ve also evolved over the years to hold each other accountable to rid ourselves of the (mostly) unfair representation that’s been hanging over our heads since 1960.

A prime example of this from the past year is the Mike Scott incident; the fan base rallied around Scott to ensure him what happened in the tailgate that day will not be tolerated. The new generation of fans are doing all they can to be as inclusive as possible. It’s cheesy, but at the end of the day, when all is said and done, we always have each other.

We go through EVERYTHING together…the highs, and the lows, and we continue to thrive as the pinnacle of what a sports fan base should be. The next time you feel frustrated, just think about being a fan in somewhere like Buffalo... or Cleveland… or…. anywhere else where they don’t care as much as we do and consider yourself blessed. 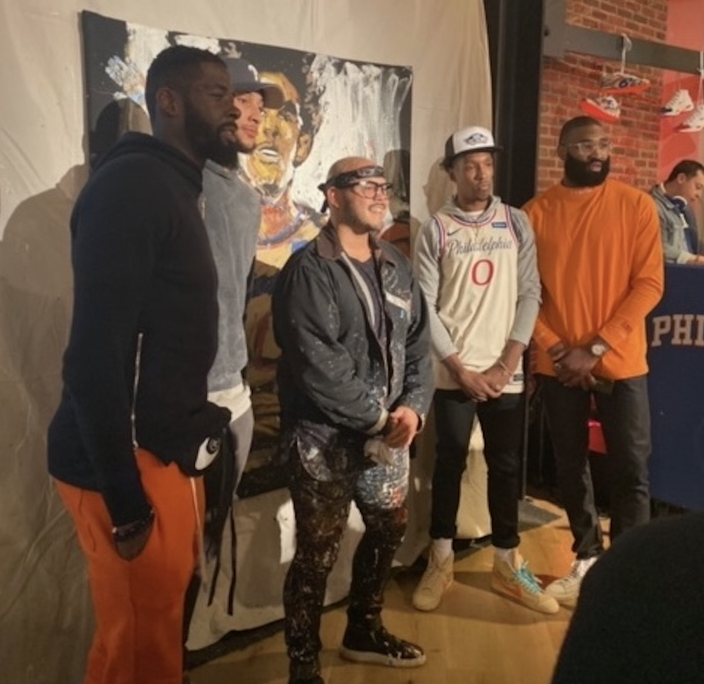 In their first ever exhibition, the Sixers, in collaboration with Conscious Basketball, delivered not just art, they accomplished delivering an experience for all fans regardless of any prior affinity for artistic expression. There were decorated jerseys strung across the ceiling, on a projector in the back of the room game highlights played, Meek Mill was streaming through the speakers, and in a glass case sat four iconic versions of the Iverson sneaker. Over 100 artists, from various countries, collaborated to contribute hundreds of pieces that portrayed Joel Embiid, Ben Simmons, Charles Barkely, and Dr. J and many more in various artistic styles including watercolor, animations, sculptures, spray paint and more.

For Sixers photographer Alex Subers, this exhibit was special. Subers, who has been with the team since 2016, has built his career and massive Instagram following by taking candid photos of the players through the years. This was an opportunity to showcase his work outside of the social media world in the 76ers Photography Series that included Sixers player Matisse Thybulle, Allen Iversons personal photographer Gary Land, and veteran NBA photographer Jesse Garrabrant.

“I originally was going to showcase Ben [Simmons] since I have so many pictures of him," he said, "but then I thought it would be cool to show some of the other players and their interests outside of basketball.”

Subers' work, done in two days, captured a smiling Kyle O’Quinn in yoga class, the young Matisse Thybulle posing with his camera, Tobias Harris lounging on a leather sofa with a book, Ben Simmons in front of his computer where he plays his video games, a dramatic portrait of Mike Scott showcasing his notorious tattoos in front of a black background and a black and white photo of Josh Richardson wearing headphones and spinning a record. The photos perfectly captured the depth of the athletes known mostly just for their athletic ability. 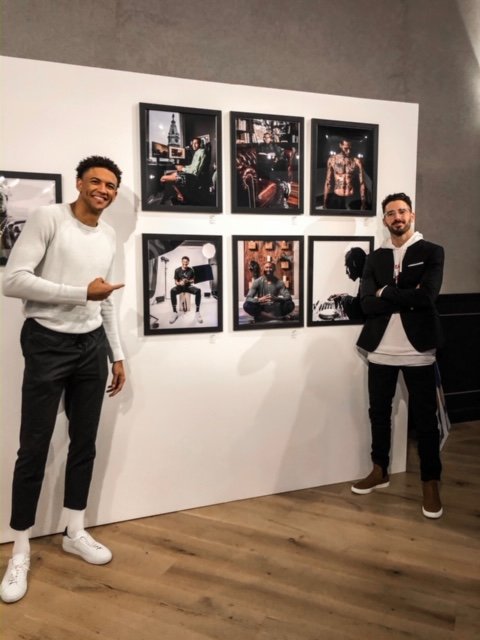 On the final night of the exhibit, the attendees of the VIP closing event watched as speed painter and former America’s Got Talent finalist David Garibaldi transformed a blank canvas, starting with the Liberty Bell, into the teams new City Edition jerseys. Sixers player Josh Richardson took to the DJ booth to spin, followed by spoken word artist Alex Filo delivering a heartfelt melodic ode to Philadelphia by describing his interactions with Philadelphians.

“I met people with cracks in their backs like the Liberty Bell but they never broke” was a line that stood out to me. Of all of the major American sports the NBA has always seemed to understand the benefit of cultural inclusiveness. The Sixers were able to deliver not only that, but an event that was a pure tribute to Philly.

Items are available for auction until November 30th. You can download the app to see the work and bid here: