Week 12 betting advice: Take the Seahawks over the Eagles 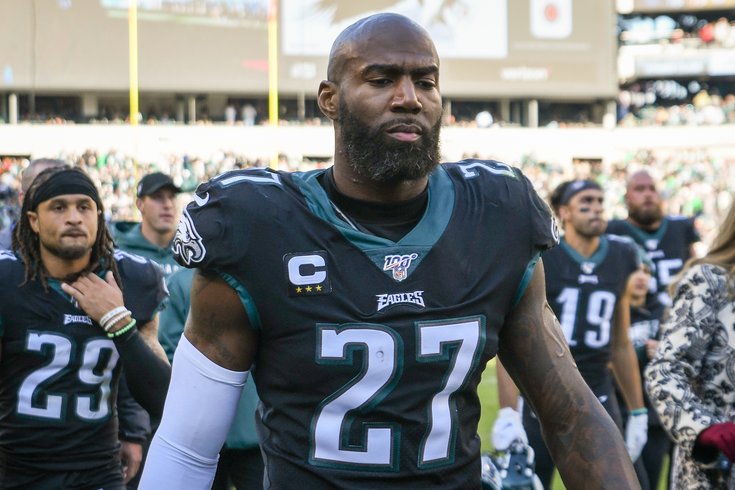 What is the line telling you: Oddsmakers originally opened this line with the Eagles being a 3-point home favorite over the Seahawks, but the market quickly corrected that mistake. The line has dropped 2 points off that key number of three and by game time, don't be surprised to see Seattle close as the favorite. We would usually be on the Eagles here in this spot, but with all the injuries and uncertainty, there's no way we pull the trigger.

We all saw what happened to this Eagles offense after leading 10-0 last week, before Lane Johnson left the game. So imagine what the Seahawks pass rush will do this week to that banged up offensive line if he's not playing.

Bottom line: The early sharp money is all over Seattle here, and unless any significant information enters the market by kickoff, that will not change.The Seahawks have proven they can beat some real good teams this year and now they're well rested coming off a bye.

What is the line telling you: Oddsmakers offshore originally implemented the 7-3 Bills as 5-point home favorites over the 3-7 Broncos, with the combined total set (pretty low) at 35.

Since then, we've seen some early heavy money enter the market on the over, which forced the books to readjust their price a full 2.5 points up to 37.5. The road dog has also been kissed with some love from the wiseguys and has dropped to as low as 3.5 at some of the sharper offshore betting houses, while the slower moving books out in Las Vegas like the West Gate Super book, are still hanging a 4 on the game.

Buffalo has played the fewest games in the NFL vs. teams with a winning record this year, while the Broncos have played teams who have a combined 23 more wins on the season than the Bills opponents. Basically, Buffalo has beaten some bad teams by slightly more than a touchdown. They have an average (plus 8-point differential vs. teams with a combined record of 13-47).

Bottom line: We bet the Broncos here at plus-4.5. We could be wrong, but the thinking here is this Bills team is a product of their schedule, which makes those 7 wins a little suspect. Take a bite on the dog. Neither offenses are scaring anyone and the Broncos have the better overall defensive metrics vs. the much stiffer competition and should be able to stay within the Vegas number.

What is the line telling you: The Falcons opened up as small 2.5-point favorites over the Bucs, which didn't last long in the market, as money hit the screen forcing oddsmakers to readjust their price. The game currently sits painted 4 across your screen. There was a 2-point adjustment on the total as well as it fell from 54 down to 51. Let’s wait to see how high this line can go since the public is loving the fact that Atlanta blew out the Saints and the Panthers in back-to-back weeks, and are all over the Falcons here at a 75% ticket clip offshore and in Vegas.

This is the third division game in a row for the Falcons, who are always a tough spot in the NFL. Matt Ryan also tweaked his ankle and didn't practice early in the week, but did work out yesterday so he could be a little fragile. And if we look at how Atlanta beat the Panthers 29-3 last week, Kyle Allen put up big numbers against the Falcons defense throwing for 325 yards, but the four interceptions and the 8 penalties was what made the score so lopsided. This games is a toss up. Both teams have very similar metrics on both sides of the ball, and both teams rank in the basement when it comes to turnover differential.

Bottom line: Take the 4 points on a coin flip every time: Tampa Bay plus-4. There’s been an over reaction to the last two weeks with this Falcons team and anything over a field goal is just too much in this spot.