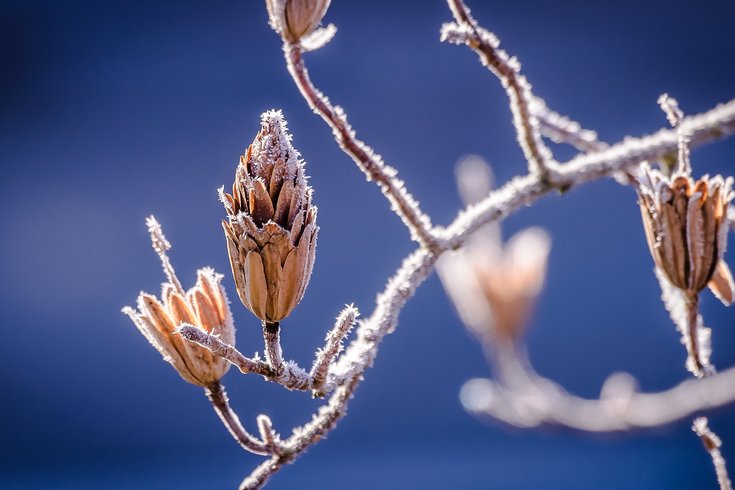 The National Weather Service has issued the first freeze warnings of the season for select counties in Pennsylvania and New Jersey already this autumn, officially marking an end to this year's growing season.

The warnings were issued in northern Jersey and northeastern Pennsylvania on Thursday when temperatures dropped into the 30s. Temperatures remained at freezing or below freezing into Friday morning in some counties.

RELATED: Spotted lanternfly could be on your Christmas tree this holiday season

Carbon, Monroe and Northampton counties in Pennsylvania and Sussex, Warren, Morris, Hunterdon, and Somerset counties in New Jersey have officially transitioned out of the growing season, according to the weather service office in Mount Holly.

Thursday's frost was the first of the season, forecasters said.

Freeze Warnings (dark blue) and Frost Advisories (light blue) have been issued for our entire area except for coastal areas. Tonight will likely be the first widespread frost of the season, especially for non-urban areas. Protect sensitive vegetation! #pawx #njwx #dewx #mdwx pic.twitter.com/ZbTW5OKhFD

In Philadelphia, temperatures lingered Thursday night in the mid-to-low 40s. For the weekend, the city will avoid its first frost of the seasons with a high temperature of 65 and a chance of showers on Saturday, and sunshine with a high of 51 on Sunday.