Says project would run through areas with rich tribal history 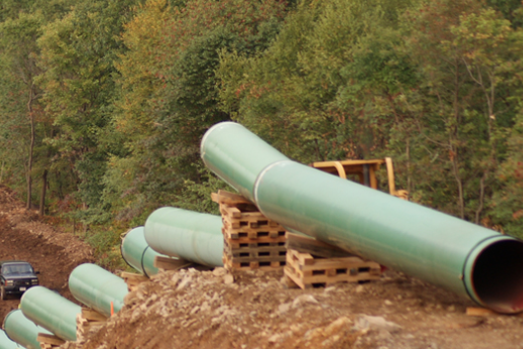 The struggle between environmentalist protesters and natural gas companies in Pennsylvania has been a well documented battle (just google Marie Cusick).

While Chief Carlos Whitewolf opposes the Atlantic Sunrise pipeline project because of how it may affect Mother Earth, he's also concerned that the pipeline would be "disrespectful" to his Native American heritage.

Whitewolf, Chief of the Northern Arawak Tribal Nation of Pennsylvania, opposes the proposed project that would run through 10 Pennsylvania counties and has been actively protesting it, according to an article in The Times Herald. The pipeline would run North to South in Pennsylvania, spanning from Lancaster County to Susquehanna County.

The project, according to the Chief, would be constructed over areas with ancient Native American burial sites and artifacts in southwestern Lancaster County.

The article quotes a Conestoga Township resident who opposed the project as well, and views the Native American history in the region as the best way to stop it:

“The artifacts, the burial sites, the Native American occupation, is the only thing that is federally recognized,” said Robin Maguire, of Conestoga Township. “That is the only thing FERC will listen to. They don’t want to hear how you bought your house for your retirement. They don’t care,” said Maguire, who is part of the Lancaster Against Pipelines group.

FERC is short for the Federal Energy Regulatory Commission, whom the project is currently in the process of getting approval from.

The company building the pipeline, Williams Partners, would have to excavate any artifacts it found while building, something Whitewolf opposes.

On the website for the proposed project, the pipeline is touted for its potential economic impact:

The Atlantic Sunrise pipeline project will have significant positive impacts on local economies where construction occurs and beyond. Not only will construction create job opportunities, but the development is expected to increase economic activity by $1.7 billion in project regions.