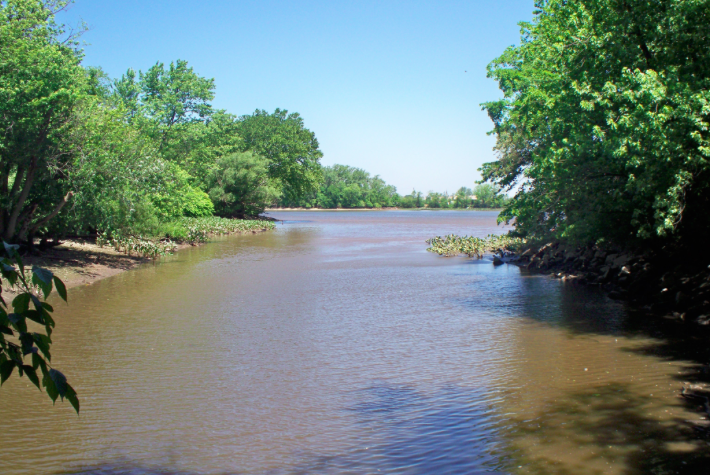 Officials in Camden have announced plans to convert a 35-acre site in the city's eastern Cramer Hill section into a public nature preserve, one of two park projects intended to open up the developing Delaware River waterfront.

The Cramer Hill Nature Preserve will turn a long-neglected forest at the edge of a blighted neighborhood into a recreational haven for residents and visitors, according to the Courier-Post.

Located near the Pennsauken border, the site was restricted from public access after the construction of a sewage treatment plant in 1948. The Camden County Municipal Utilities Authority (CCMUA), which operated the plant until its closure and demolition in 1990, is now seeking bids for construction management services in the area bounded by 36th street on the north, 32nd street on the south and Farragut Avenue on the east.

Work at the site will largely entail the removal of illegally dumped waste and smoothing access to a pedestrian bridge that will eventually link the forest to a planned 500-acre state preserve on Petty's Island.

A CCMUA spokesman told the Courier-Post that environmental groups have been brought on to advise in the planning of Cramer Hill Nature Preserve. Neighborhood advocacy for waterfront redevelopment and parklands dates back to collaboration between community stakeholders and several supporting organizations in 2009.

The second project, led by local nonprofit Cooper's Ferry Partnership, will see the construction of a 16-acre park at the former site of the Riverfront State Prison in North Camden. Approval for the $3.9 million project came last week from the state Economic Development Authority.

Camden County Freeholder Jeff Nash said both projects serve to provide residents and visitors a natural "gateway" to the riverfront, which is set to undergo a massive $1 billion development led by Liberty Property Trust.

Cramer Hill Nature Preserve is expected to open to the public in spring 2017. A timeline for the project at the prison site has yet to be released.