NBA Rumors: Bradley Beal's odds of landing with the Sixers

Provided he leaves Washington to begin with 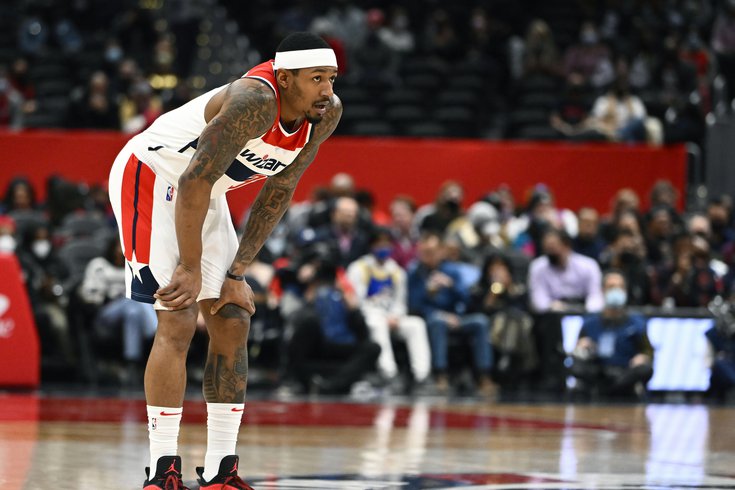 The Sixers are in a bind spending-wise but are expected to be busy this summer nonetheless.

James Harden is reportedly planning to return on a short-term contract, Daryl Morey is rumored to be shopping a few names and the 23rd overall pick in this week's draft, and he might still have even greater ambitions of adding one more star.

That last rumor came by way of ESPN's Brian Windhorst in the middle of last month, after the Sixers were eliminated by Miami in yet another second-round playoff exit.

Said Windhorst on ESPN's #Greeny radio show at the time:

Under those conditions, Washington Wizards guard Bradley Beal is the only name that makes any sort of sense. But if Morey's plan holds true, and the three-time All-Star does go on the move, offshore book SportsBetting.ag isn't giving the Sixers the best odds of landing him.

Instead, the Celtics, who just lost the NBA Finals to Golden State in six games, are being projected as the favorite at 3-1, while the Sixers are tied with Dallas for eighth at 9-1.

Here's the full list of odds for Beal's next team:

Beal, 28, is coming off a down season, but most are willing to chalk it up as an anomaly marred by injuries, COVID, and personal loss.

He's in his prime, and if fully healthy, could be the boost that finally gets the Joel Embiid-led Sixers over the hump.

But that's assuming Beal leaves Washington, which is getting increasingly unlikely. There have been rumors surrounding his future with the Wizards for a while now, but he's believed to leaning toward re-signing with the team long-term, which in that case, it is pretty strange that Washington isn't included on that odds list at all.