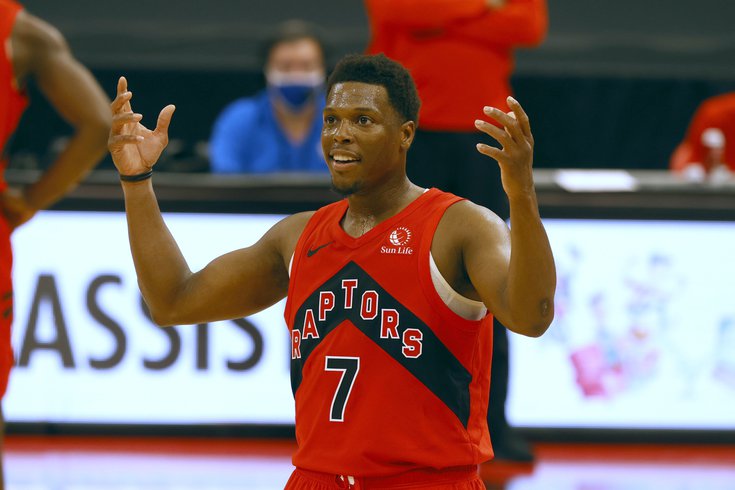 The Sixers remain in hot pursuit of Raptors guard Kyle Lowry as the 3 p.m. deadline approaches, but they do not currently view themselves as the favorites to land his services, according to league sources familiar with the situation.

There is competition for Lowry around the league, with the Lakers entering as late challengers for Lowry's services over the last week or so and the Heat also showing serious interest. Toronto's asking price has been accordingly high: as ESPN's Brian Windhorst reported earlier Thursday, the Raptors have asked for multiple first-round picks and young players, including Philadelphia's Matisse Thybulle and Tyrese Maxey, in order to deal their franchise legend to his hometown.

The veracity of reports coming from all corners of the league has been questioned by multiple sources who spoke with PhillyVoice on the condition of anonymity. The widespread belief is that Masai Ujiri is trying to spark a bidding war among the contenders interested in Lowry's services, with the offers more restrained than the Raptors were and are hoping for.

While Lowry remains the top target on their board, the Sixers have remained engaged in other trade talks throughout the process, with Philadelphia seeking veteran guard help to boost the rotation (and potentially the starting lineup) ahead of what they hope to be a title run. The Sixers have made exploratory calls on a number of players around the league, though team sources insist they are happy with their current group if they can only make upgrades around the margins.

The deadline is playing out in more aggressive fashion than team sources expected it might a few weeks ago, when staffers told PhillyVoice they were expecting a quieter deadline. Toronto's tailspin in the standings and more aggressive move into the market seems to have set off a chain reaction, the results of which will become clear in just a few hours.