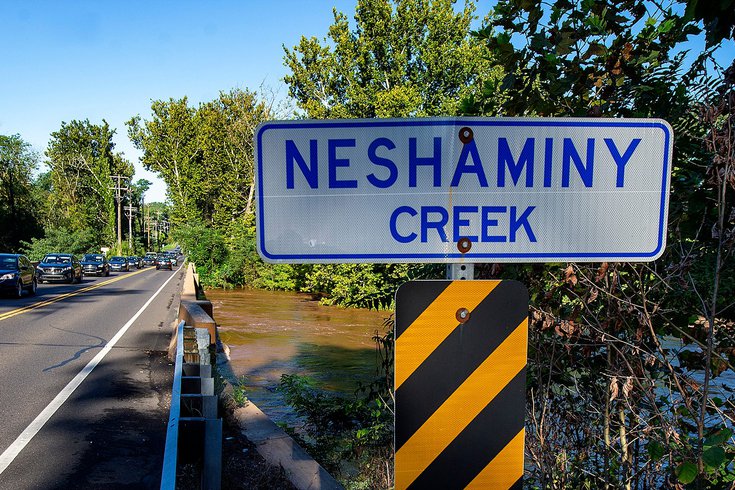 Fishing is permitted the Neshaminy Creek basin despite contamination concerns, but people are encouraged to throw their fish back into the water.

People who fish in the Neshaminy Creek basin should release whatever they catch back into the water rather than bring it home to cook.

A "Do Not Eat" advisory has been issued for all fish species caught in the watershed due to extremely high levels of the hazardous chemical perfluorooctane sulfonate, or PFOS, which readily accumulates in fish tissue.

The amount of the chemical detected in fish tissue samples exceeds the 0.2 parts per million limit for safe food consumption, Pennsylvania officials said.

"An advisory like this is not something that we recommend lightly," Department of Environmental Protection Secretary Patrick McDonnell said. "The possible PFOS levels found in fish tissue is greatly concerning. DEP will continue to sample fish species and revisit this recommendation in the future."

Fishing still is allowed in the basin, but anglers are encouraged to release the fish they catch, state officials said.

The Pennsylvania Fish and Boat Commission will not stock the basin until further notice. It is working to identify nearby waters where trout can be redirected for fishing.

"Whenever a stream or lake is removed from our trout stocking list, we take every opportunity to keep the fish local and place them in nearby waters for anglers to enjoy," Pennsylvania Fish and Boat Commission Executive Director Tim Schaeffer said. "We intend to do the same in this case to preserve the opening day and trout season experiences that are so important and valued in Bucks and Montgomery counties and across the commonwealth."

Trout season begins in the spring and continues throughout the year, with various limitations in place. Fishing for various other species is open year-round.

State officials have identified nearby military installation superfund sites as contamination sources. To identify other possible source, officials have asked permit holders in the watershed to sample their discharges for the chemical.

Perfluorooctane sulfonate previously has been discovered at high levels in water near the former Naval Air Warfare Center in Warminster, Bucks County and the Naval Air Station in Willow Grove, Montgomery County, according to Levittown Now.

Pennsylvania began collecting and analyzing fish tissue samples for perfluorooctane sulfonate this year, state officials said. Fish already were evaluated regularly for other contaminants such as pesticides and heavy metals.

Perfluorooctane sulfonate is part of a group of man-made chemicals called perfluoroalkyl and polyfluoroalkyl substances, or PFAS, that do not break down when exposed to air, heat, water and oil, according to the Pennsylvania Department of Environmental Protection.

These chemicals are used to make cookware, carpets, clothing, furniture fabrics, food packaging and other materials resistant to water, grease and stains. They also are used in firefighting foams.

People are most-commonly exposed to these chemicals when eating fish caught in contaminated waters and foods packaged in certain materials. Exposure also can occur when handling products made with the chemicals or unintentionally ingesting soil and dust that has been polluted by them.

Exposure has been associated with adverse health conditions including high cholesterol and an increased risk of cancer, according to the U.S. Environmental Protection Agency. Scientists classify these substances as emerging contaminants because the risks they pose are still being understood, state officials said.