Yes, Netflix is experimenting with ads now. Here's how to opt out

Hint: Find the 'Test Participation' option in your accounts settings

One of the purest joys of Netflix – the lack of commercials, which we all take for granted now – is in jeopardy.

The streaming service has begun experimenting with ads to promote Netflix content, inserting promos for original content in between episodes of whatever show you're binge watching. This isn't exactly the same as having to watch the animated Empire Today commercial three times in one break, but it's enough to pull you out of the zone of high stakes situations such as rewatching "Gilmore Girls" for the 80th time.

Regardless, PhillyVoice has a handy-dandy guide to freeing yourself from Netflix's social experiment altogether. All it takes is unclicking the "Test Participation" option, which most users probably have never seen, unless you recently logged on to update the credit card linked to your account.

Toggle the "Test participation" option –which is set to "on" by default – and turn it off. Click "Done" and you're free!

Check out our graphic below for a step-by-step visual guide (Click on the image to open a full-sized version): 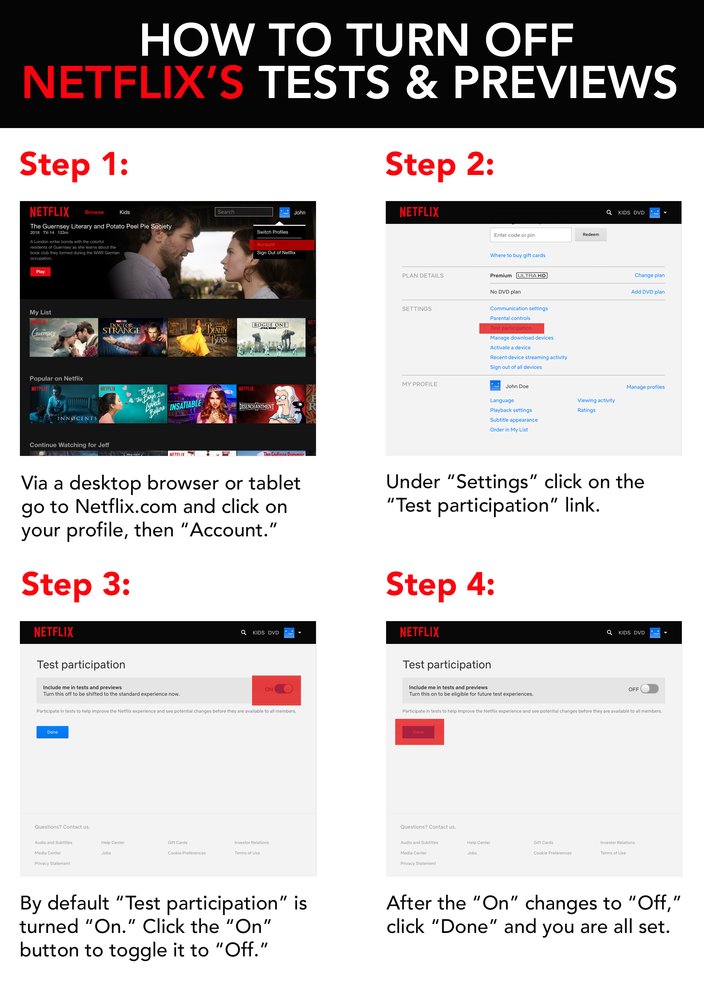 It's a pretty simple process. Happy Netflix and chilling.