More 'Gilmore Girls' episodes on Netflix are still a possibility

Netflix VP talks future of 'Gilmore Girls,' 'Arrested Development,' and 'Master Of None' 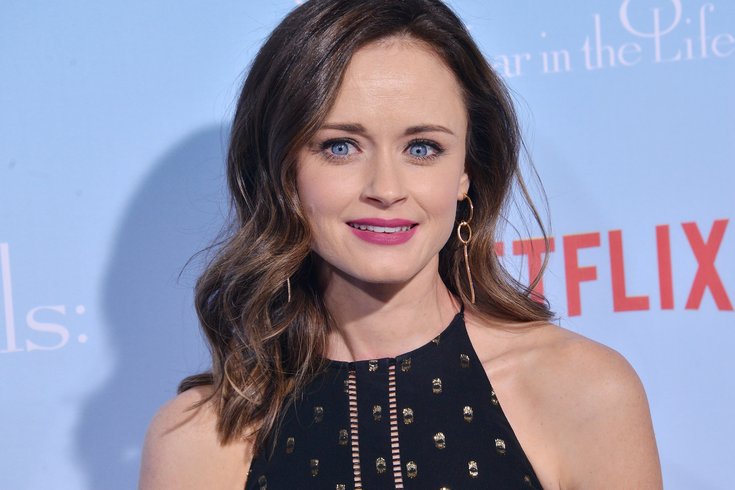 Alexis Bledel arrives at Netflix's "Gilmore Girls: A Year In The Life" premiere in November 2016. A Netflix executive said the streaming service is open to making more episodes.

For Gillies still annoyed by how Netflix's four-part revival of "Gilmore Girls" ended in 2016, there's a chance the plot's major questions could be resolved (or made even worse) with yet more new episodes.

Cindy Holland, vice president of original content at Netflix, addressed the probability of new seasons of several original shows whose futures are still murky, including "Master Of None" and "Arrested Development," during a Television Critics Association press tour Sunday, Deadline reported.

More episodes of "Gilmore Girls" – which stars several Philadelphia-area natives, including Scott Patterson and Liza Weil – seems up for grabs if show creator Amy Sherman-Palladino is on-board with it.

"We haven't discussed it all," Holland said. "But [Sherman-Palladino] knows we are big fans of 'Gilmore Girls.'"

Sherman-Palladino, however, may have her hands full as her hit Amazon comedy "The Marvelous Mrs. Maisel" charmed at the Golden Globes and, now, faces five Emmy nominations. "Maisel" has already been signed on for two more seasons.

In fact, a lot of former "Gilmore Girls" stars are doing very well for themselves these days. Rory and Jess – that is, Alexis Bledel and Milo Ventimiglia – are both nominated for Emmys for "The Handmaid's Tale" and "This Is Us," respectively.

In light of the #MeToo movement, the futures of a couple more Netflix shows also remain in question. Aziz Ansari, co-creator and star of "Master of None," which was honored at last year's Emmy's, was under fire earlier this year when a Babe editorial detailed Ansari's alleged inappropriate behavior toward a woman during a date.

Despite the allegations and negative press surrounding Ansari, who has been mostly silent since the allegations, Netflix is hopeful to create a third season of "Master of None."

"We certainly have given some thought to it," Holland said regarding the show.

"We certainly would be happy to make another season of 'Master of None' with Aziz.” She noted that they had not spoken to Ansari since the article and the allegations came out.

Though a new season of "Arrested Development" was just released on the streaming platform May 29, five years after its most recent season, it's unclear if the show will return again. Jeffrey Tambor, who appears in the new season of "Arrested Development," left his starring role on Amazon's "Transparent" after allegations were made of sexual aggression and inappropriate behavior toward a castmate on set.

Holland was less committal on the future of "Arrested Development."

“I actually don’t know if it is a possibility or not,” Holland said. “We haven’t discussed it at all.”

One show we do know is officially ending, also in the wake of the #MeToo movement, is "House of Cards," the platform's very first original show, and perhaps the first show released specifically with binge watching in mind. Holland did not offer an official release date for the series, though there is speculation it will be released in November to coincide with midterm elections.