From historic dramas to comedy, this Netflix list offers options if your day at the shore gets rained out or you get sunburned from head to toe 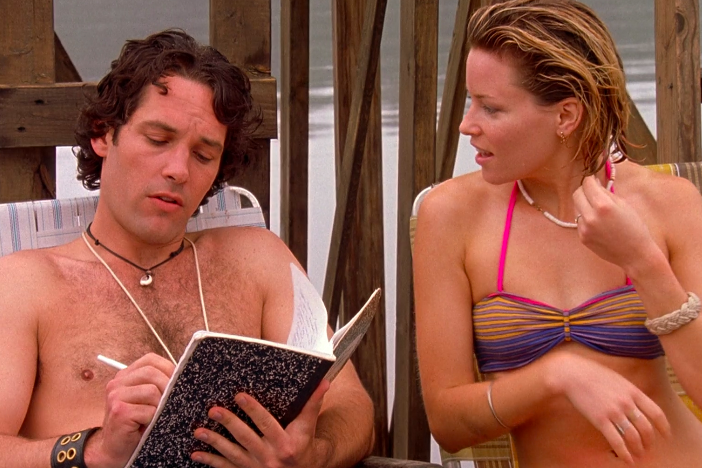 Here are 20 of the best films to watch on Netflix when you need a break from the summer heat, broken down by category, and most importantly, perfect for the summer. And naturally, "Wet Hot American Summer" definitely makes the list.

The long weekend is here, and you know what that means? Lots of fun in the sun with your family, friends or both, because what is Fourth of July weekend if you're not out there celebrating like our forefathers intended?

But as fun as partying all day at a barbecue or on the beach can be – sometimes we need a break ... and sometimes the weather makes the decision its break time for you. (Hello, rainy forecast.)

MORE:
In support of the beach read: 6 best books for summer

Retreating to the confines of your home, for whatever reason, doesn't have to be all bad, though. In fact, it can be rewarding in its own way. Think of how soothing it can be too curl up and watch a drama with the sounds of a storm brewing outside, or even just to cool down with the AC blasting as you sip an iced beverage (alcohol may or may not be included) and watch Bradley Cooper in "Wet Hot American Summer," arguably his best performance of all time.

Here are 20 of the best films to watch on Netflix when you need a break from the summer heat, divided into categories, and most importantly, all perfect for the summer.

Most patriotic films to watch on the Fourth of July

"All the Presidents Men"

The movie stars Dustin Hoffman and Robert Redford as two reporters who uncover the connection between the Watergate burglaries and a White House staffer with the help of the anonymous source, "Deep Throat."

The film follows the war in Afghanistan through the eyes of soldiers, played by Jeremy Renner, Anthony Mackie, and Brian Geraghty.  The film earned director Kathryn Bigelow an Academy Award for best directing, making her only the second female in history to win the award.

Directed by Stephen Spielberg and starring Daniel Day Lewis, this compelling film follows presidency of Abraham Lincoln. Lewis won an Academy Award for for his masterful portrayal of the 16th president.

I kid, I kid. But, uh, there is a Fourth of July dance scene that shows them dressed like the forefathers, so I mean, that kind of counts...right?

This Richard Linklater ("Dazed and Confused," "Before Sunrise") film follows a child, Mason, as he grows from a young boy into adulthood. It was filmed over the course of 12 years. It stars Ethan Hawke, Patricia Arquette and Ellar Coltrane as Mason. Get ready to cry, you guys.

Benjamin Braddock is a recent college graduate who doesn't know what he wants to do with his life. Seduced by a family friend, Mrs. Robinson, Ben becomes complacent ... that is, until he falls for Elaine ... Mrs. Robinson's daughter. Mike Nichols won an Academy Award for his directing in this movie, which not only changed the landscape of film but of the culture, as well.

The film follows Will Hunting (Matt Damon), a genius who works as a janitor at MIT. A professor at MIT discovers his talents after he solves a graduate-level math problem. As uplifting as it is heartbreaking, Will transforms from his difficult past with the help of his therapist (Robin Williams.) Damon and Ben Affleck won the Academy Award for best screenplay and Williams won for best supporting actor.

Scary movies that may not be that scary, but they're still scary enough

Look, this movie was pretty scary back in the day, but I'll admit maybe not so much now. The story itself may still be scary, but it's hard to be scared now, with, you know, all those sweet ~1982 graphics, baby.~ That being said, if you want a bit of a fright, let this story of evil ghosts taking over your home through your TV set do the trick.

Classic films for dramatic action with a great story

"No Country for Old Men"

This Coen Brothers film has a lot going for it, but Javier Bardem's role as the merciless psychopathic killer is one of its biggest draws. Bardem won an Academy Award for his performance, and the "No Country for Old Men" would go on to win best picture, best director, and best adapted screenplay.

Robert DeNiro delivering his classic line,"You talkin' to me?!," is enough to either watch it for this first time or rewatch it for the 50th time.

This remake of the 1932 film of the same name follows Tony Montana (Al Pacino), a drug lord who takes control of the cocaine drug trade in Miami. But through conflicts with the police and Colombian drug cartels, his paranoia begins to eat him alive. He begins to fall just as fast as he rose.

Quotable classic comedies when you need something lighter

Oh man — Paul Rudd, Amy Poehler, Bradley Cooper, Elizabeth Banks, Jeanine Garofolo, and Michael Ian Black are all in this one movie to deliver the story of a group of camp counselors on their last day of camp. It's a classic and quoting this film is a necessity.  ("It's your job to make sure the kids don't drown!")

"Heathers" has everything you could ever want in a dark comedy, from Winona Ryder and Christian Slater to the dark comedic undertones of a teenager slaying of the kids in the popular crowd. This film is perfect for when your beach day gets rained out. Oh, how very.

This comedy starring Chevy Chase and Bill Murray became an instant classic in 1980, and while it may be a little older, it's still just as quotable as ever. (Also, the film is set during the July 4 holiday, so could it be any more perfect for this weekend? I think not.)