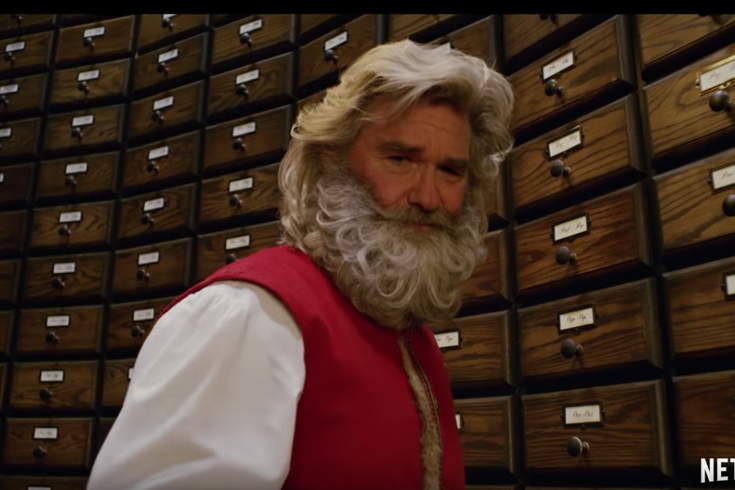 Kurt Russell stars in "The Christmas Chronicles." The film premieres Nov. 22 on Netflix.

Netflix is releasing five original Christmas films during the month of November ... and we gotta say, they look really good.

While some of their films may carry a somewhat predictable love story, à la Hallmark (which isn't necessarily a bad thing, by the way), some of their newer features, such as "The Christmas Chronicles," show a shift in vision and welcome a larger budget.

Predictable or not, Netflix has certainly stepped up its Christmas game.

When the sleigh breaks down, all three end up on an adventure to save Christmas. This action-packed film certainly has a lot going for it. “The Christmas Chronicles” was produced by Chris Columbus, director of "Home Alone," "Adventures in Babysitting," and "Mrs. Doubtfire." "The Christmas Chronicles will be available on Nov. 22.

“The Holiday Calendar," follows Abby (Kat Graham, “The Vampire Diaries”), a mall photographer who has a rather dull life until she’s gifted a magical advent calendar by her grandfather (Ron Cephas Jones, “This Is Us.") This one's out now (Nov. 2) for all of you already listening to Christmas music.

"The Princess Switch," due out on Nov. 16, follows Stacy (Vanessa Hudgens), a baker who gets invited by the royal family to partake in their annual Christmas Baking Competition. There she bumps into a princess who looks an awful lot like her. The film also stars Sam Palladio (Nashville) and Nick Sagar (Shadowhunters.)

“Christmas Prince: The Royal Wedding” is the sequel to last year’s “Christmas Prince.” The film follows a nervous Amber (Rose McIver) as she plans to walk down the aisle with Prince Richard (Ben Lamb.) The film will be available to stream on Nov. 30.

Netflix also is offering a animated half-hour family special titled “Angela’s Christmas,” due for release on Nov. 30. The heartwarming story follows a young Angela as she takes a baby Jesus from a nativity scene, and vows to take care of him. It’s based on a story by writer, and Pulitzer Price winner, Frank McCourt (“Angela’s Ashes”).