Hate Christmas music in November? 36 percent of shoppers say they've left stores because of it

According to Consumer Reports, you're not alone 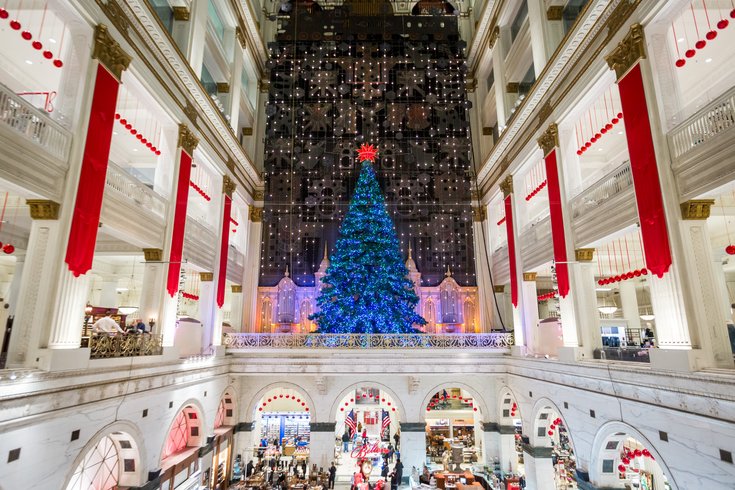 Macy's Christmas Light Show at the Macy's in Center City has been a tradition since for half a century. You can catch the show until Dec. 31.

It seems like a cruel trick that Christmas decorations already are being sold by stores, Starbucks has rolled out its sugary holiday drinks, and that Christmas music has infiltrated our radio stations – all before Thanksgiving.

But you're not alone if you're rolling your eyes right now.

A Consumer Reports survey from 2011 found that 36 percent of people surveyed admitted to leaving stores because Christmas music was playing. And remember that psychologist who said being forced to listen to Christmas music too early was psychologically damaging and triggering?

Although seasonal music accounts for 23 percent of surveyed individuals complaints, the report found 90 percent of people got stressed about at least one thing during the holidays season.

What better reminder of those holiday stresses than an incessantly cheery seasonal soundtrack everywhere you go?

To all those turning on Christmas music despite the haters, I stand with you today and every day. pic.twitter.com/vVCWE8qEvv

if you’re the type of person that likes to buy your christmas decorations before halloween, home depot is the place for you! pic.twitter.com/usPxyLbF9k

Just because I started listening to Christmas music on November 1st in no way means I’m skipping Thanksgiving.

Radio stations across the U.S. have stepped over the imaginary line by already playing the season carols before we've even eaten turkey — some beginning their season playlists as early as Nov. 1.

And for the record, Consumer Reports found the most stressful parts of the holidays: crowds, long lines, and gaining weight.